Before you start reading this, if you haven't read Part 1 please check out: "A Real Race Recap of the Ragnar Relay" and start the journey from the beginning. If you've already read Part 1, let's pick back up where we left off...
I needed a shower
So there we were at Exchange 18. This was Van 2’s opportunity to rest and recuperate before our second leg, courtesy of a high school somewhere in Wisconsin. I was exhausted. Not only was I exhausted, I was also covered with sweat salt crystals (gross, I know). If you know me personally you know that there are several states of being that I don’t do well, including: sleepy, hungry (thankfully I had eaten at Exchange 12), and hot shower deprived. I typically don’t get too grumpy in these states of being. Ok, that might be a lie. I can get very grumpy. But I didn’t want to scare off my Ragnar crew so I just stayed quiet and followed my teammates, and the signs, to the designated “Women’s Showers”.

So here’s the thing about Ragnar Rookies. We don’t know EVERYTHING that we need to bring for a race. There are a bunch of lists and “race bibles” out there (I know because I've read several of them), but I either didn’t see (or it didn’t register) that I would need a towel. I’m not sure how I could have missed that since I packed two washcloths; but alas, there I was, heading to take a shower with only a washcloth and a change of clothes on hand...

I really thought “Women’s Showers” was going to involve stalls of some sort. I was wrong. The “Women’s Showers” were in the Men’s Locker Room and, if you remember your high school days, that meant that the showers were open. As in, one relatively large room with lots of shower heads (think “Orange is the New Black”… minus the prison element).

After a well needed, and very quick, hot shower, I dried off (with a cotton shirt thanks to my towel-less state) and pulled on clothes that I figured I would be able to sleep in with relative comfort. Clean and changed, I headed back to the van. Some of the team stayed in the high school and found areas to put their sleeping bags etc. I, however, was sans sleeping bag (it must have been in the same area on the “things to bring” list as the towel was) so I skillfully attempted to turn a van seat into my bed for the next few hours.

Sleeping in a van is not comfortable. And while I was able to get snippets of sleep, it was not enough, not relaxing, and I woke up feeling as exhausted as I was when I went to sleep. But hey, at least I was clean right?

Eventually runner 6 from Van 1 handed off to runner 7 (Mariah) from Van 2 and it was almost time for me to start my second leg. This was the Van 2 rotation:

My leg 2 started around 4am on Saturday morning... 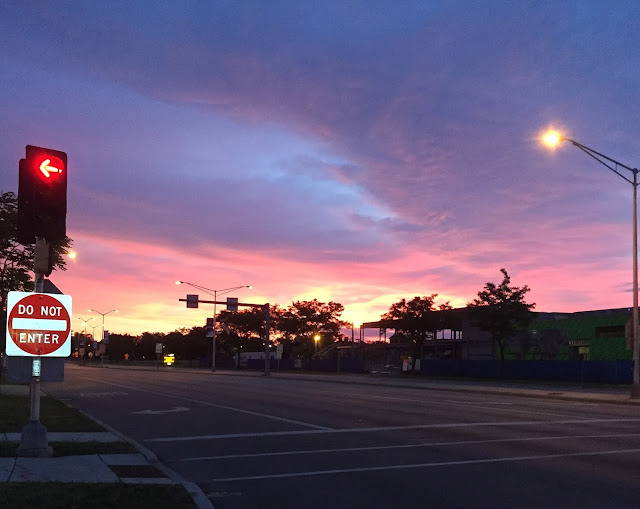 The original distance was supposed to be 7.5 miles, but Race Command cut it down to 5.5 miles (I forgot to start my Garmin as soon as I started running so my watch only registered 5.35 miles)...

I didn’t have to deal with the sun, but it was still really hot, and extremely humid. Normally there is a “one mile to go” sign along the course to alert runners that they are coming to the end of their leg (like this one)... 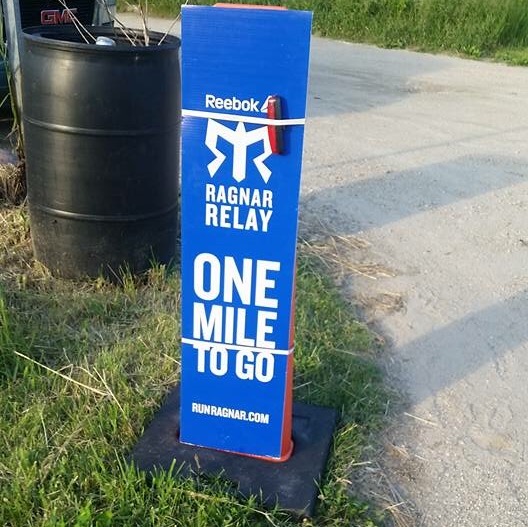 But I didn’t see the sign on the course so there was a momentary period of panic that I would actually have to run the full 7.5 miles. Thankfully, I saw runners shortly after and was able to complete my second leg by handing off to Carrie (runner 9).

I was starting to get hungry, was still exhausted, and once again I was sweaty. But, my second leg was done and I was beyond happy about that! The rest of the second leg for my teammates in Van 2 was kind of a blur for me. I was trying to nap as much as I could so that I would be ready for the final leg of the race, as a result I drifted in and out of periods of alertness.

Exchange 24 (where runner 12 from Van 2 hands off to runner 1 from Van 1 for the final rotation) had a nice view of Lake Michigan...


<had I remembered to take a picture of it, I would have inserted it here>

At this point our team was way behind schedule. We spent some time working through logistics and figuring out how we were going to make it through our legs and met up with Van 1 so that we could cross the finish line together…before Sunday. Our deadline to make it to the finish line was 7pm (that’s when it was scheduled to close) and based on our projected pace we would not get there until 10pm. That posed a problem, not just because the finish line would be closed, but also because some of the team members had flights that departed at 9pm.

Race Command gave us the “ok” to drop runners off at our respective exchanges so that we could run our last legs simultaneously. We went through all the check-in procedures at each exchange and, when it was my turn, I set out for my final run of the Ragnar relay! It was HOT and lonely… 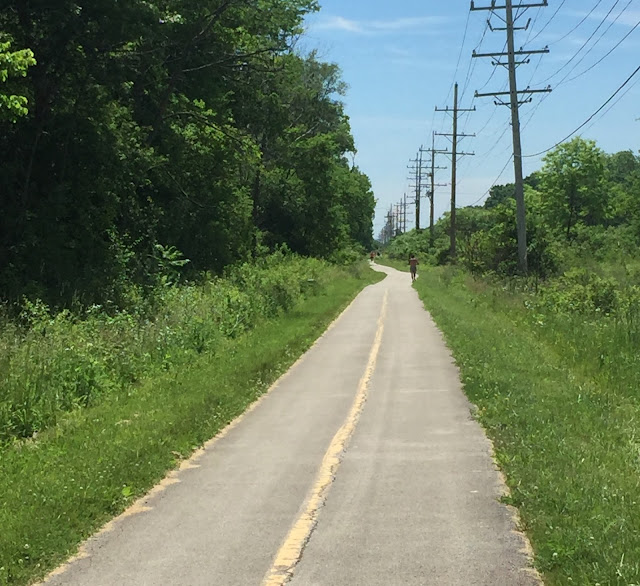 But I got it done…

Eventually we all met up at the finish and crossed it together as a team. It was a great feeling. To know that 48 hours ago I met this group of strangers, and over the course of about 200 miles they became my Ragnar friends. We were truly #BetterTogether… 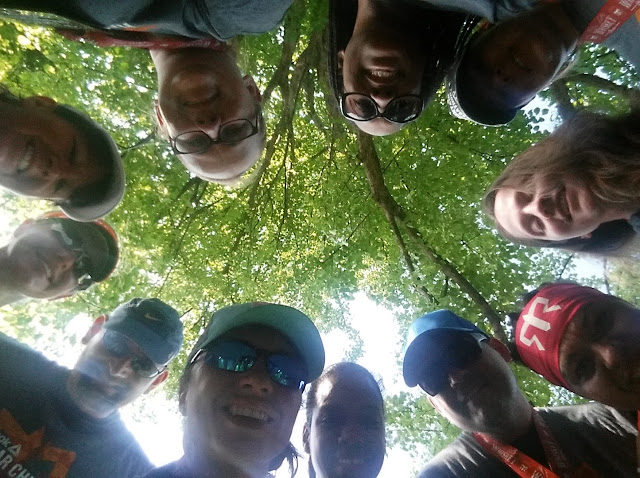 Thanks to this amazing team captain… 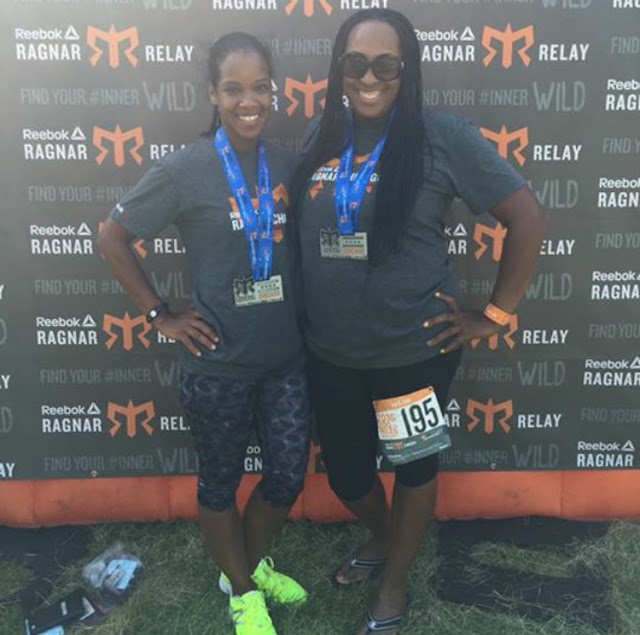 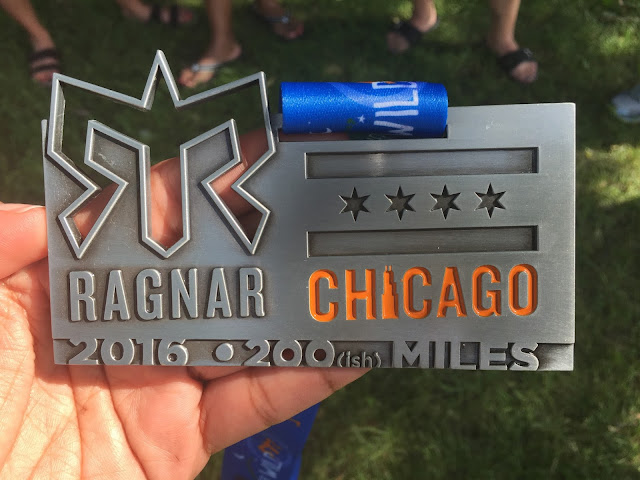 All the medals fit together so that the teams can see the full quote engraved on the back... 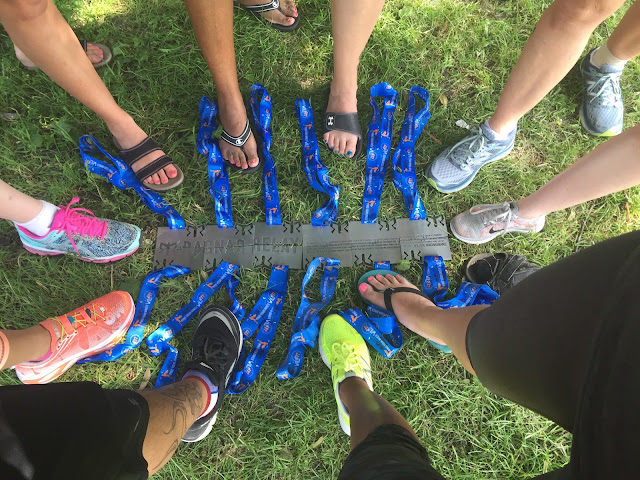 I was going to include it in this post but then decided not to because the beauty of the quote is only truly appreciated after you have completed a Ragnar relay race with your team. If you really want to know what it says I guess you’re just going to have to sign up and complete a race to find out (or you could Google it).

So was it amazingly right?   Yes.
Would I do it again?   Absolutely.
Have I already started making plans for 2017?   Of course I have!

{P.S. I just want to say thank you to all of my Ragnar team mates: Nicole, Horst, Laura, Erin, Sammie, Mariah, Carrie, Tonya, Mike and Jessica. It was a pleasure meeting you guys. You all are amazing and I really hope one day we will be running 200 miles, across state lines, trying to find our inner wild together, sometime soon}
Posted by This is my faster! at 6:00 PM