It's 14 miles away from my goal of 100 miles/month, but I'm getting closer. I should be able to reach that goal in August, since it's destined to be a higher mileage month because of my scheduled 20 milers...

(yes I've scheduled more than one, but I spaced them out generously (I think) and I won't attempt the second one if I don't feel I'm ready for it)

I'm so glad it's Friday! I ran this morning to celebrate (and also because it's a scheduled running day)...

This week has gotten off to a pretty good start training-wise. I've been able to do something every day so far... it's been a while since I've pulled that off ;)

Today was an evening run for me... 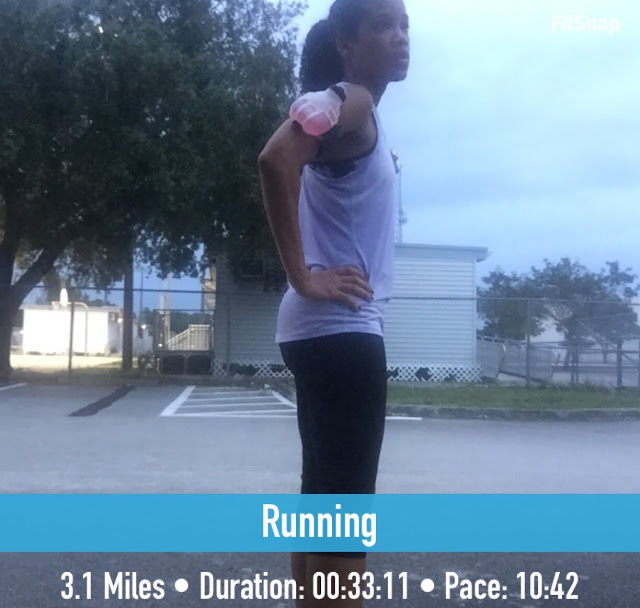 I'm still not a fan of running in the evening but it's becoming somewhat of a regular thing, especially if I get overzealous with the snooze button on my alarm in the morning (like I did this morning). It was a solo run so I went out with full "in the event of an emergency" preparation... 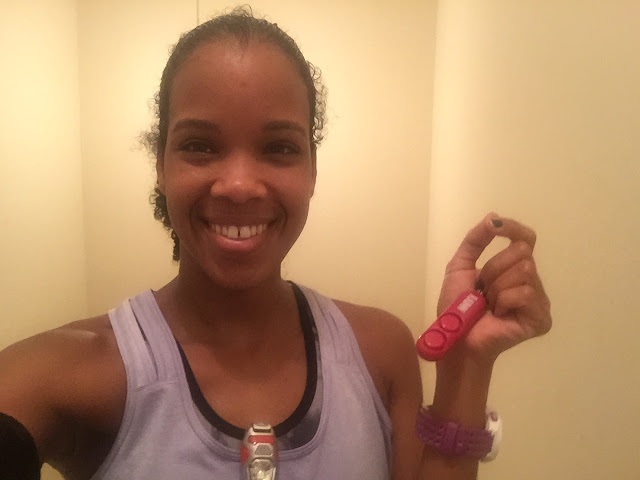 Every long run morning will have to start really early if I'm going to get my mileage goal completed. Today was no exception: I was up by 3am; out the door by 4am; & at the Boardwalk ready to run by 5am. This week I only did 1 mid-week run so I was eager to do a 13 mile long run... 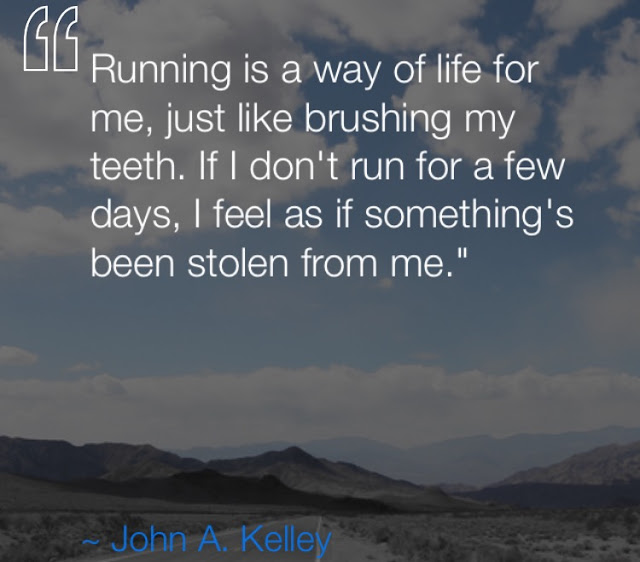 Normally I get fixated on what the weather conditions are going to be during my run, but (even though I knew it was going to rain later in the day) the weather was pretty nice this morning. I also had great company which helped distract me from the miles...

In Less Than Eighty Days...

I ran yesterday evening for the first time since the Morgan Valley Half Marathon. I decided to count my 2.5 mile hike on Sunday as "cross training" so I'd feel less guilty about not doing anything on Monday or Tuesday. Especially when I stepped on the scale on Wednesday morning... 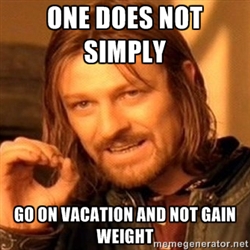 source
Wednesday's run was 3.5 miles with Maggie and Niqui... 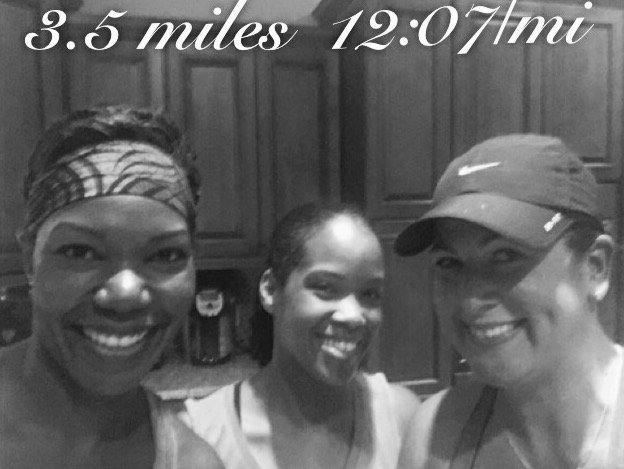 It was humid but great. Evening runs really suck because I can't seem to get my nutrition figured out, but the time went by quickly because we were talking and laughing the entire time :)
***
Read more »
Posted by This is my faster! at 8:33 PM 2 comments:

The Rest of the Utah Trip...

After my half marathon on Saturday morning I was in desperate need of a long hot shower and really good food. Both Giselle and I were deliriously hungry which caused us to slack off on the important things in life, like parking properly... 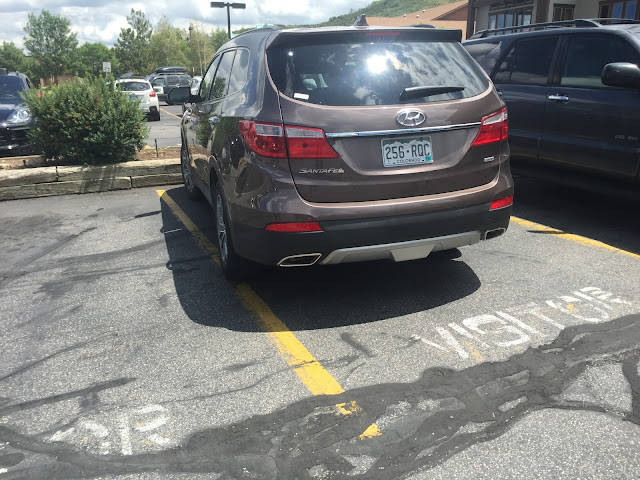 And in return we got a lovely note... 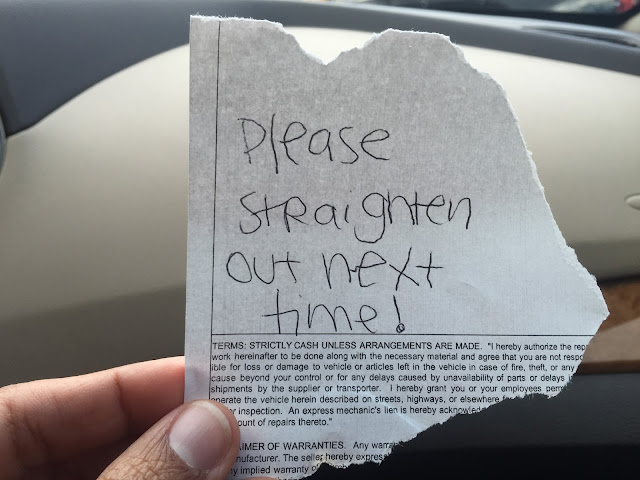 (At least they said "please" right?)

Race morning started really early (3 am) because the hotel was over an hour away from the race venue. And since we would be driving in a strange area Giselle (who drove) and I wanted to ensure we had enough time to get to the venue (just in case we got lost). It was still pretty dark by the time we got there, and as we were driving up we saw the full marathon group heading out for their start.

Over the past year of running half marathons I've gotten accustomed to participating in huge races, with huge expos and crowded starts. But the Morgan Vally Half was much smaller, and I was pleasantly surprised by some of the perks of participating in a smaller race:
1. No line for race day packet pick up
2. Very short lines for the porta potties
3. Cool race swag
4. A non-crowded start... 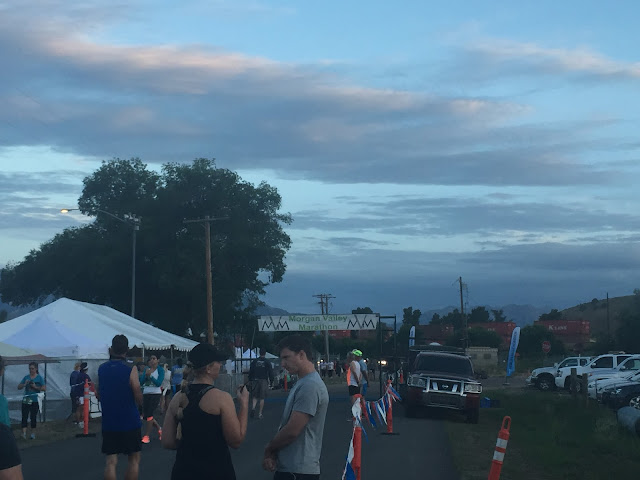 Research shows that there is a strong correlation between higher geographic altitudes and higher food consumption. Actually, I don't know if there is any research regarding this, but I wanted an excuse for the ridiculous amount of food I've been eating... apart from a lack of self control ;)

My appetite could also be more rationally explained by the fact that I ran this morning and was able to get a bit of hill work and high elevation training in...

I ran with Brooke and we did a trail run. It was so beautiful! I left my phone in her car so I wasn't able to take any pictures along the route (I know that's like a blogger "no-no"... sorry). But it was nice to just take in the scenery and simply enjoy it without getting caught up in capturing a "Kodak moment". I also ran without music/podcasts/audiobooks, which was also really really nice.

Everywhere I go bugs find me. Everywhere. Yesterday evening I took some time to familiarize myself with the area around my hotel... 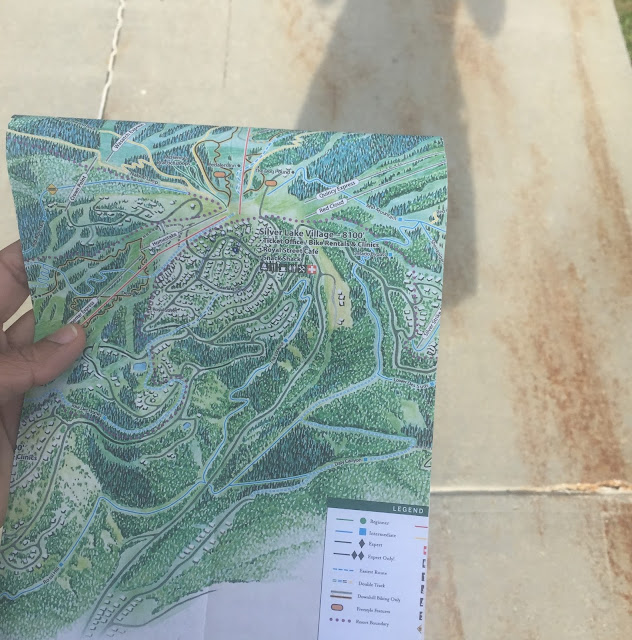 Specifically I walked the loop that I was thinking about doing for my training run this week. And sure enough the bugs were there. I think I got bitten at least 5 or 6 times.

After walking the loop I went down to Main Street in search of soup (I had a weird craving for soup) and some window shopping. I saw this sign that I'm pretty sure was made with me in mind... 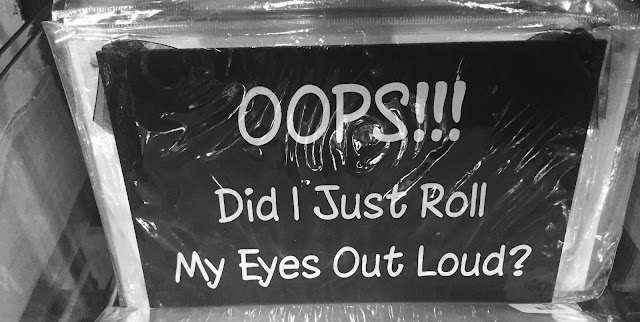 When your (very) long travel day starts at 2am... you rarely wake up hungry and ready for breakfast. And with layovers only long enough to facilitate finding the gate for your connecting flight, you really don't have an opportunity to obtain and consume nourishing food to fuel the brain. So sadly, on rare occasions, sleep deprivation & hunger combine in a way that stimulates (what seems to be) exponential delirium...

source
Which was demonstrated by me exiting the airplane, walking in a daze towards the "ground transportation this way" signs, getting in a taxi, and then realizing that I didn't have my suitcase with me. Sigh. 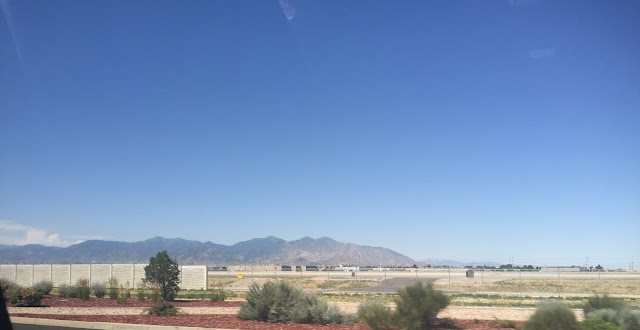 I may have found a cure for blisters!!!!!
I don't want to jinx it so until I know for sure I'm keeping my "Macgyver" tricks a secret. But so far they have been working on my shorter runs, and I even managed to complete my long run on Saturday without too much damage to my feet :) Once I get through a few more runs blister-free I will share the secret to my success ;)

Today was a short run for me; five miles non-stop... 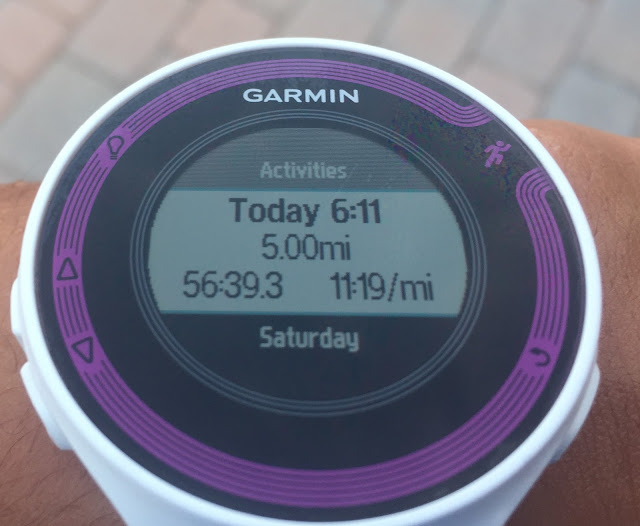 I had such a great burst of energy this morning. The weather was as close to perfect as one can expect for Summer, and I only encountered one bug during the run (success!)... 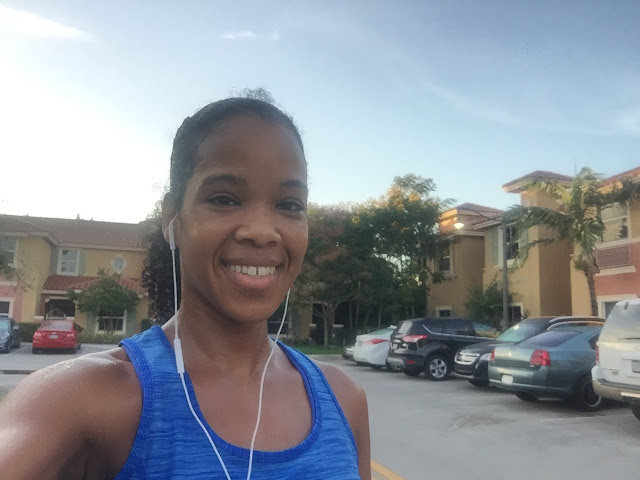 I have a new song crush! 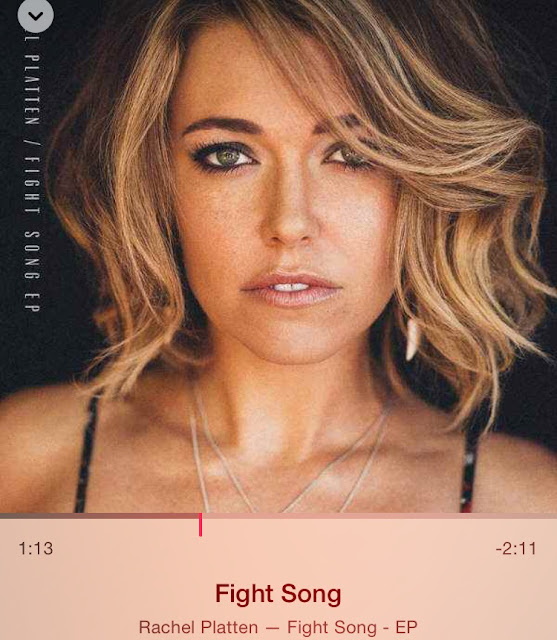 I like all the lyrics of the song (& I pretty much know most of it by heart, now that I've had the song on repeat for the entire day).... 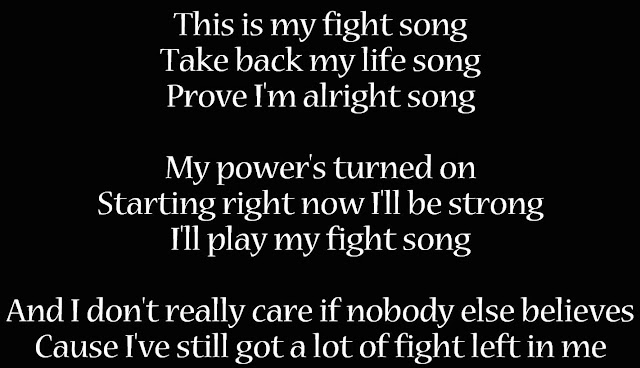 source
In addition to my new favorite song I joined a new running group! I'm excited about the new group because we are all training for Fall full marathons and 2 of the other ladies are also training for Chicago :) My main #ChicagoMarathon training partner is in Jamaica and unfortunately I won't see her again until marathon weekend :(

My morning recovery run session turned into an evening session due to unanticipated rain. I typically don't need much convincing to go back to sleep when it's raining outside, so I decided to wait until after work and attempt to run again.

By the time I got to the park it was almost 8pm but the temperature outside was still really high... 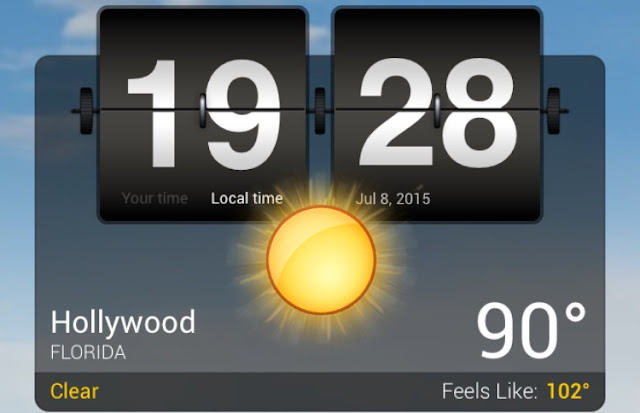 I walked a bit to "warm up" and then did some "sprinting" drills for 1 mile... 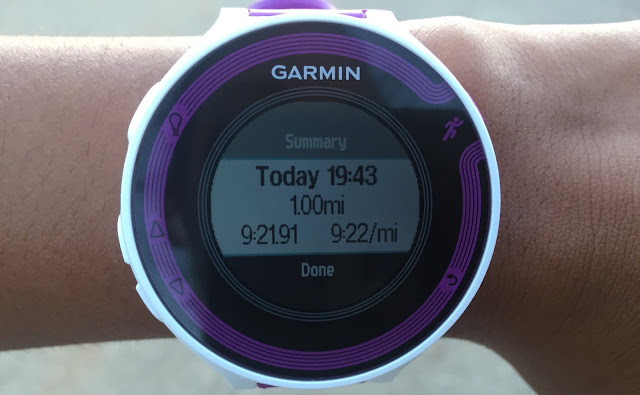 ~ Working at a hospital has allowed me to become quite familiar with the R. A. C. E. acronym (rescue, alert, contain, evacuate/extinguish) that is used to ensure safety in the event of a fire. It's not just used at hospitals of course, but that's been my exposure to it. Well today at work there was a tiny incident involving my lunch, the microwave, and what may or may not have been a small piece of foil... 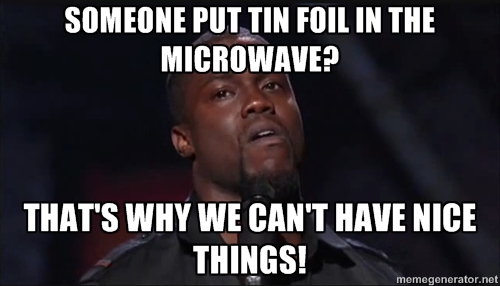 source
It was a small fire don't worry. Nothing that required the activation of any alarms or response teams. And thankfully I was able to rescue my lunch before it became engulfed in flames.

Is It Too Late For Fireworks???

The strategic planning for my 18 mile run started days ago. It was the type of planning that had layers, and built-in contingencies. There was a Plan A, B, and C. All of them had several moving parts. None of them were guaranteed... 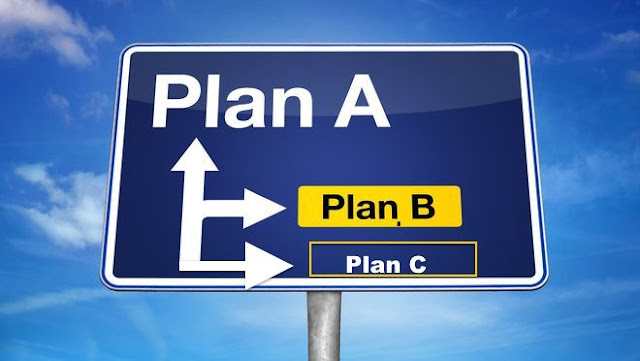 original source
The trouble with planning for training runs (and why there are "no guarantees") is the unpredictability of extenuating factors. The "out of your control" things... like the weather. Assessments and predictions are made by trained experts but no one really knows what the weather is going to be like days in advance. Sometimes we don't even know what it will be like hours in advance (especially in South Florida)... 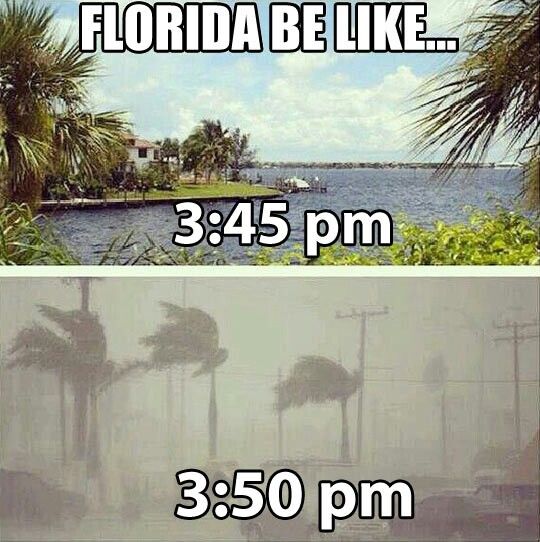 The Year of the Full: Chapter 7 - Finding The Right Formula

Taking two rest days after my long run day has become the norm for me. It's the perfect way to fully rest and recuperate before I'm scheduled to run again. Well at least that's what I tell myself so I don't feel lazy... 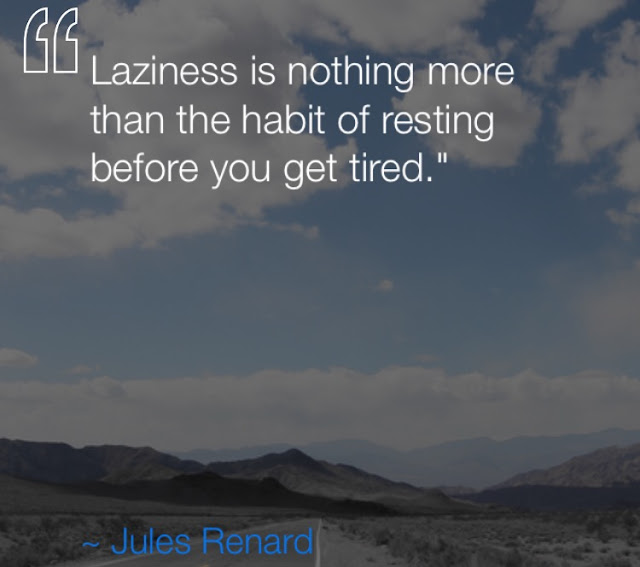 Occasionally I've been forced to take three rest days and that works out fine as well. But I refuse to take four rest days so this morning I ran... 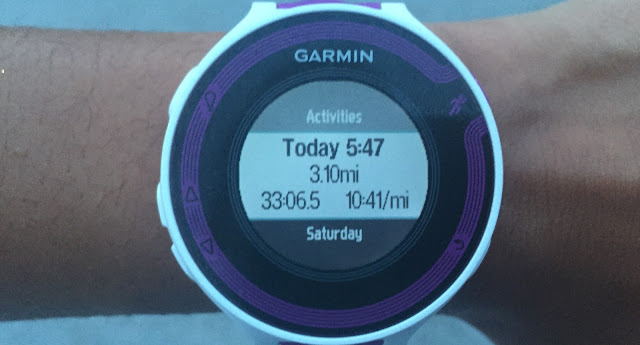 I had a few walk breaks mixed in so I was pretty proud of the pace, especially with negative splits...