When I ran my first Ragnar I joined a team of strangers (who are now some of my closest running friends) on Facebook and made my way to Madison, WI to run 200(-ish) miles to Chicago. It was a crazy decision but one of the best running decisions I've ever made. And it's not just me right? I'm not the only person who has made crazy decisions for the sake of running or races. So chances are someone reading this post is either as crazy as I am or has run a Ragnar before and is crazy enough to run one again 😉.

If you're that runner then my team needs you for the Ragnar Niagara Falls event from May 19th - 20th! We are down two runners 😞 and while we can run with just 5 runners per van, it's not the best or brightest idea. We have a mixed, noncompetitive, incredibly fun team of both Ragnar veterans and Ragnar newbies. We have runners of all paces and experience levels. We have non-stop runners and interval runners. Essentially we are a diverse group and it's likely that you would be a great fit! 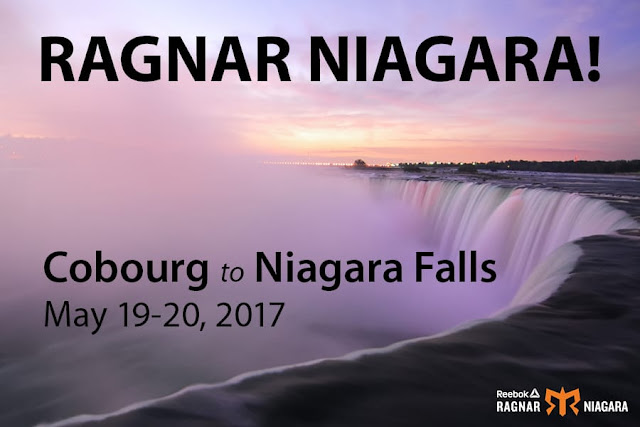 So if you're dying to run a Ragnar Relay (or run another Ragnar Relay) please let me know! My team would love to have you (and I know a few other teams looking for runners as well).
Posted by This is my faster! at 7:45 PM