Home For The Holidays...

I've been on vacation mode since Christmas Eve when I came home for the holidays. And not my usual vacation mode where I work out every day (which is what I should be doing), but an actual "I've only exercised once in the 8 days I've been here" vacation mode...

Christmas Eve was spent traveling; hanging out with family; and doing Snap Chat shenanigans with my baby sister... 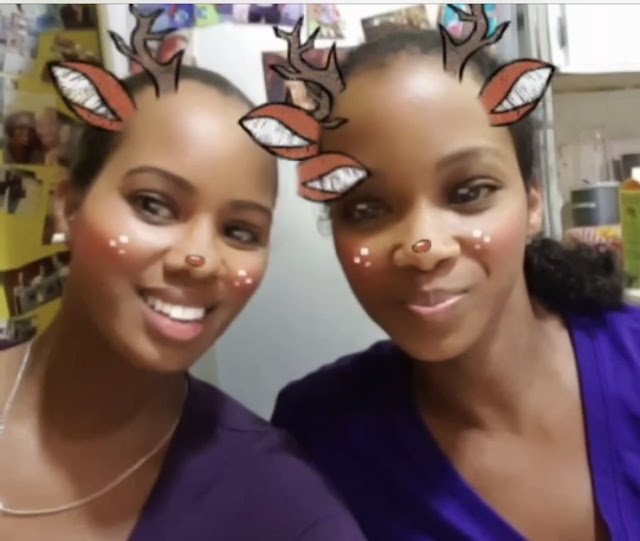 Then we went over to my cousin's house and hung out with him for a bit... 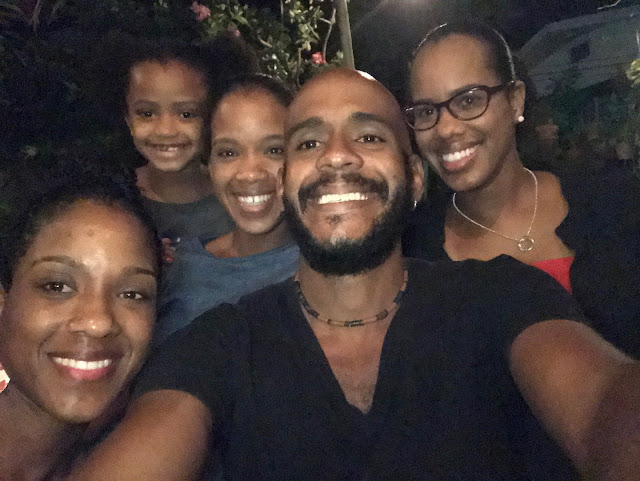 On Christmas morning my family and I went to Church; then we went back to our respective houses and finished our Christmas Dinner food preparations; then we had a wonderful Christmas Dinner together; and then we opened presents. My favorite gifts were a top that says "Faster in Jamaica"... 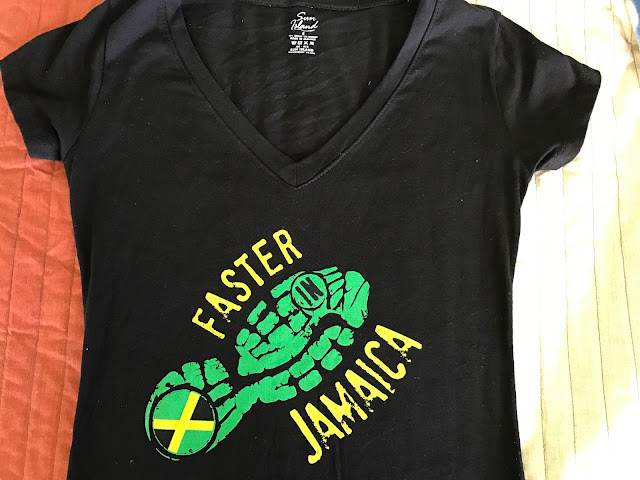 "...that misery loves company, and happiness is only real when it's shared..."

So my first leg (the green loop) was officially done. My "shower pill" shower consisted of scrubbing every reachable crevice with my Shower Pill athletic body wipes. And my first real meal (since breakfast the previous morning) was chicken with rice and black beans. The rest of my Friday afternoon (into the evening) was spent waiting for my phone to charge at the charging station.

Ragnar Trail Tip #6: Bring a powerful portable charger. Even with the latest mobile devices and their claims of extended battery life, chances are you will need to recharge your phone a few times over the course of the Ragnar weekend. I brought a portable charger with me but it took about four hours to charge it at the charging station... 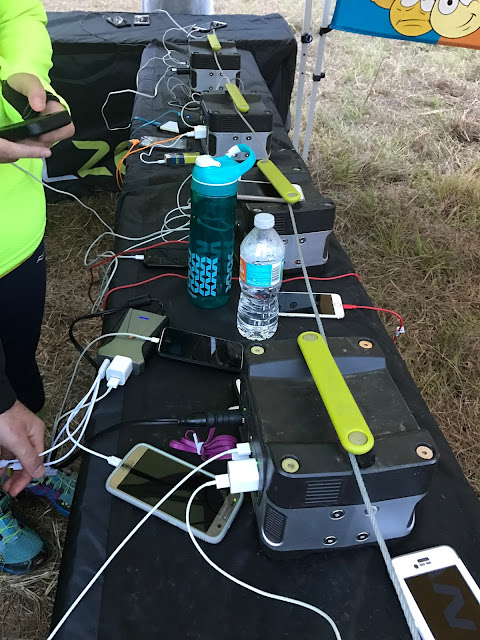 My Interview on The Ragnar Life Podcast...

While you're waiting for "Tales from the Trails Part 2" (which will be posted this week) please check out my interview on The Ragnar Life Podcast... 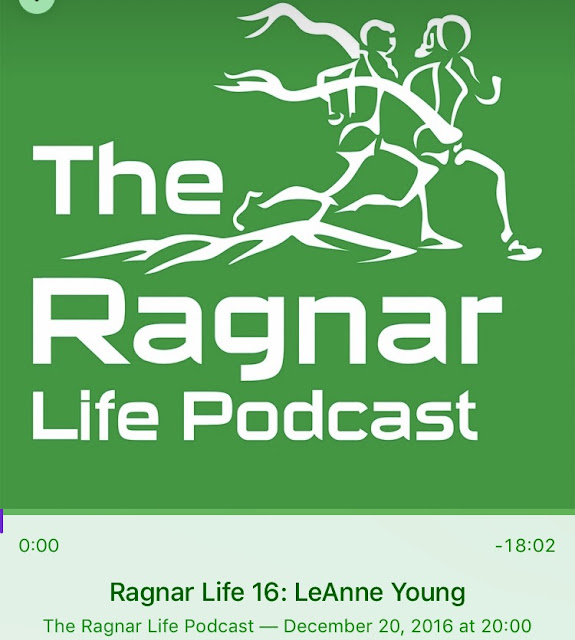 To listen to the episode →→→ LeAnne's interview ←←←

You can also find the episode on iTunes and Stitcher. If you check out those websites or just go to http://theragnarlife.com you can also listen to the experiences of other Ragnarians who have all endured "a little sleep deprivation (because it) is a small price to pay to watch the sunrise with... friends"

Don't forget to come back and check out the rest of the Ragnar Trail Alafia Race Recap!

"We believe that being a Ragnarian is about more than being a runner..."

I joined my Ragnar Alafia Trail team in much the same way that I joined my Ragnar Chicago team (back in June of this year): I saw a post on Facebook about a team looking for runners... I asked if they were competitive or not (since my pace is slower non-competitive teams work best for me)... the team captain assured me that it was a non-competitive team... I registered and paid. This time, however, I convinced my friend Mary to join as well.

The week leading up to the race was filled with your typical "pre-trail race prep". Mary and her husband have gone camping before so they had all the camping gear we thought we would need. So really I just had to make sure my running clothes and personal equipment etc were ready and suitable for trail races.

Did I mention I had never run a trail race before? Yeah... never. I did one practice run (on what I would soon learn was a "baby trail" compared to the trails for the race) in the week before Ragnar and that was the extent of my trail experience. I had also never gone camping before. In general, I'm not really an outdoorsy kind of girl. I'm more of a "I need a hot shower and an air conditioned insect-free area to sleep" kind of girl.

Anyway, since Mary and I were traveling from the same area we decided to embark on the 300+ mile journey together the day before race day. Once we got there we just followed the line of cars heading into the wilderness campsite... 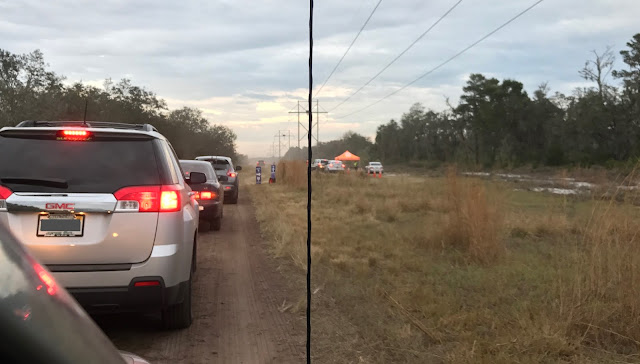 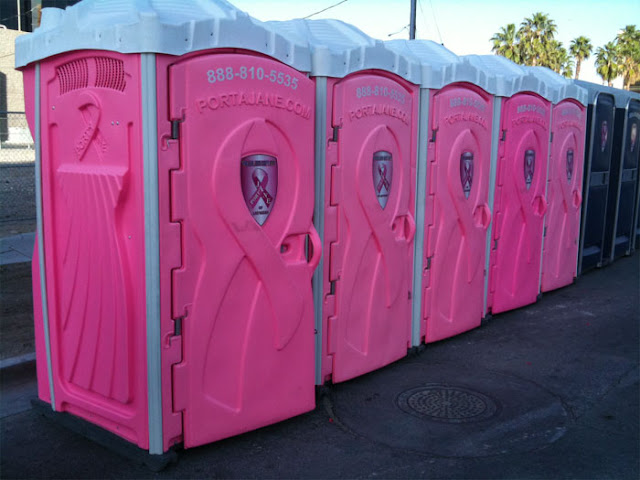 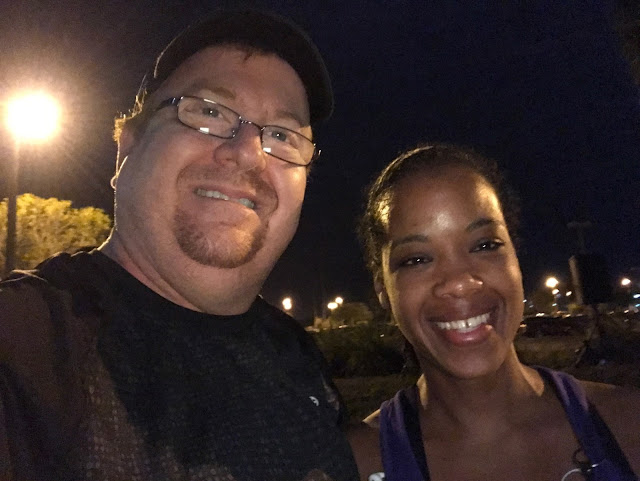 I'm still alive guys! I survived the trails & the post-trails half marathon, and I still love running despite all those miles 😊. Each race had it's own set of unique experiences and both were amazing... 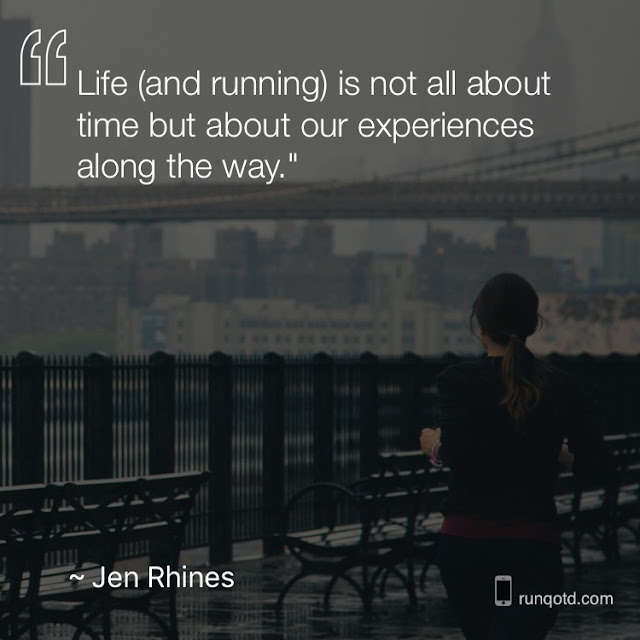 I'm working on the race recap for both races and will be posting those this week. In the meantime I'm resting my legs (well, until I run tomorrow) and preparing for my final race for 2016...

Have you ever done a Hot Chocolate 🍫 race before? Is it as yummy as it looks?

Out Of Office Reply...

Thank you for stopping by This Is My Faster! Unfortunately I'll be away from my blog for the next few days making memories along the Alafia River at my first ever Ragnar Trail Relay Race!

Or you can deprive yourself of the picture updates and wait for the race recap (which will be posted early next week).

Life is short though... and there are alligators along the trails... so if you want to make sure I'm surviving camping and trail running just check out my IG 👉 <here>.

Always & Forever,
This Is My Faster aka LeAnne 💜

Baby Groot was my favorite part of the first Guardians of the Galaxy movie, so the second movie is going to be amazing! He is as cute as a button!

(including that button he is not supposed to push 😉)

The Verge did a brief article recently that had a link to a new trailer (movie trailer with Baby Groot) and I've already watched it three (ok fourteen) times 😊.

In addition to obsessing over Baby Groot, I spent some time running this morning. I did 6 miles; two with Jani...

Then we paused to meet up with Andy and Tabitha (they were doing 23 miles this morning) so we did two miles with them, and then for the last two Jani and I ran back to our cars...

I was still half asleep by the end of the 6 miles with absolutely no motivation to do any more. Plus, with all the miles I will be doing next weekend pushing for more miles this weekend wasn't a part of the plan.

The rest of my Sunday (and this upcoming week) will be all about preparing for Ragnar, which means ensuring I have (or have access to) all of these things... 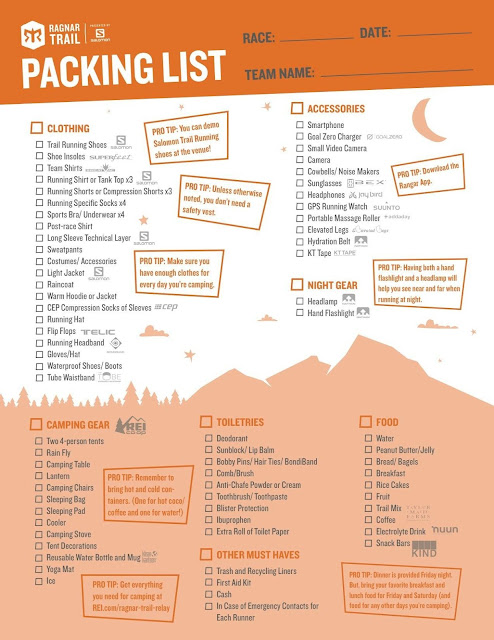 What are your Sunday plans?

Are you a Baby Groot fan? (if not look at those eyes again...)

What other Ragnar/Trail running/Camping gear do you think I need? 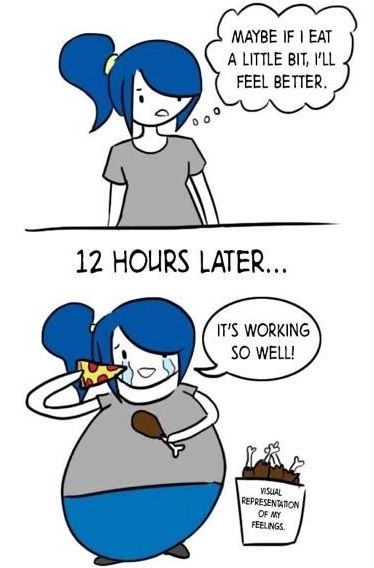 Dec 1st was the start supposed to be the start of my renewed focus on training and my "training diet". But I had pizza for dinner last night🍕... and breakfast this morning... so things aren't off to a great start. Although... it was a thin crust and didn't have any cheese so it's more like "diet pizza" right?