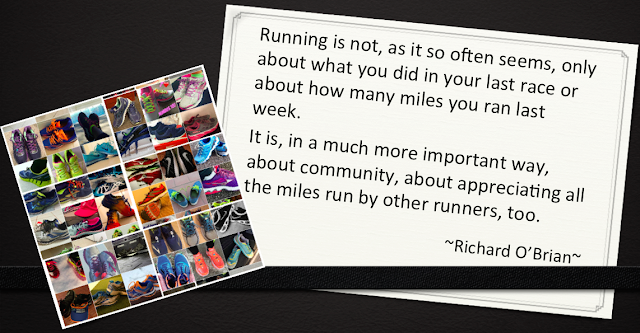 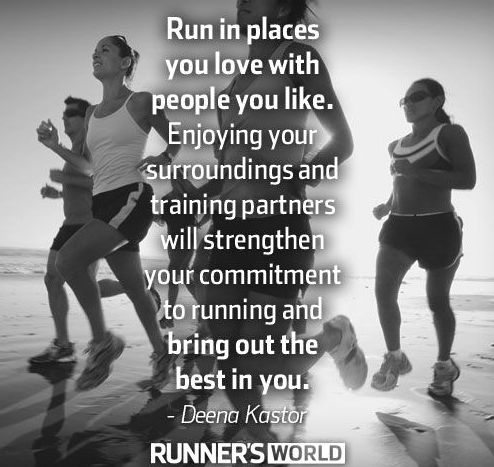 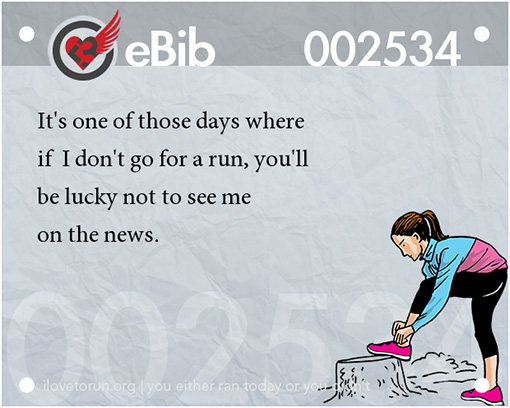 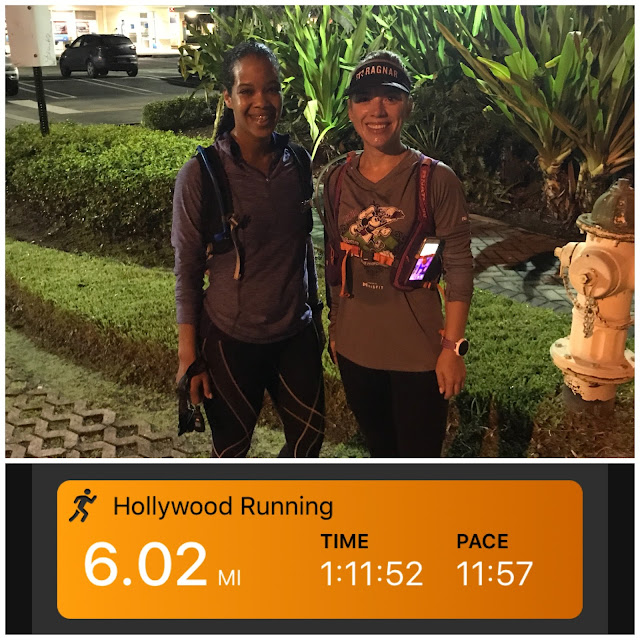 This morning I completed my 22nd half at the Rotary Run For Tomorrow Half Marathon... 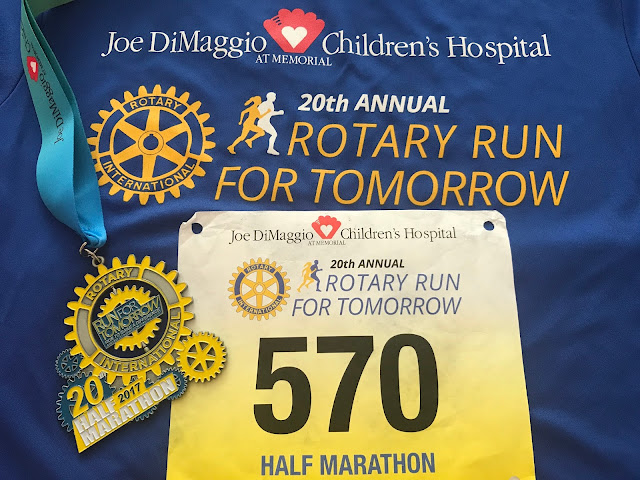 This "race" was less of a race and more of a training run as part of my general Pittsburgh Marathon training plan. So with that in mind, my goal was to finish the distance using intervals that pushed my endurance -- run 1/2 mile: walk 1 minute... 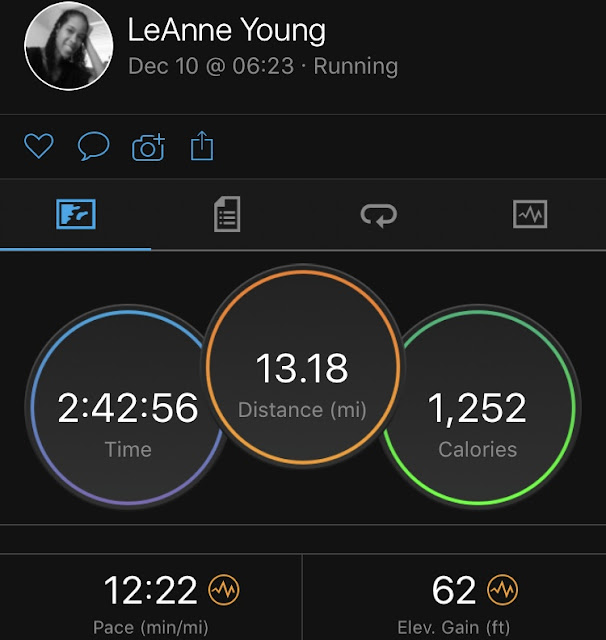 The race average temperature was cold (but perfect for running)... 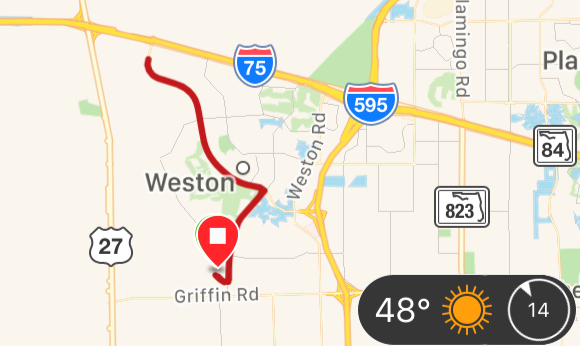 And people were decked out in their sweaters and mittens from the beginning... 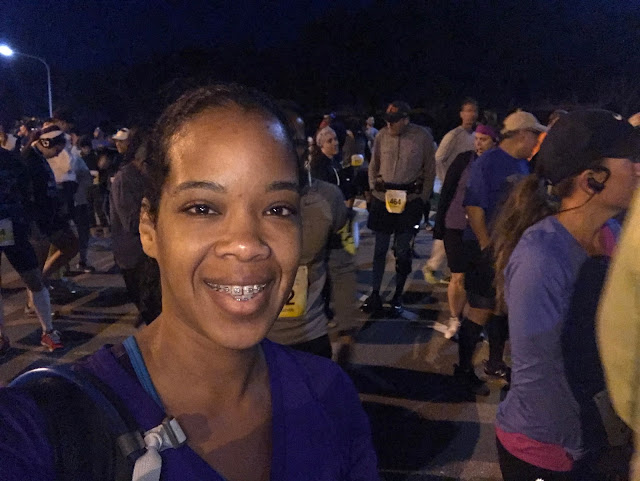 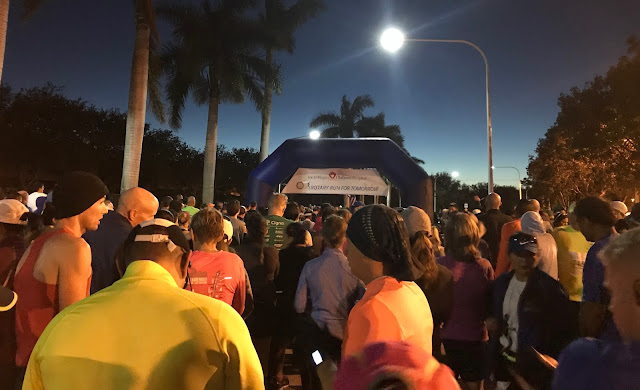 The course doesn't have many any sights to see. It's essentially 13.1 miles of neighborhood streets. But it's pretty flat and simple so if you wanted to aim for a PR you could. But if you like lots of attractions on your half marathon route this is not the race for you. Since this was basically a training run for me I just focused on my intervals and breathing, and then distracted myself with music for the last 3 miles of the course. My earbuds aren't working so I was playing the music on my phone speaker which may have annoyed a few of the runners as they passed me or as I passed them. But, the distraction was what I needed after 10 miles of only my thoughts and breathing to keep me company.

Once I was done I took a few "yes I was here and earned this medal" pictures... 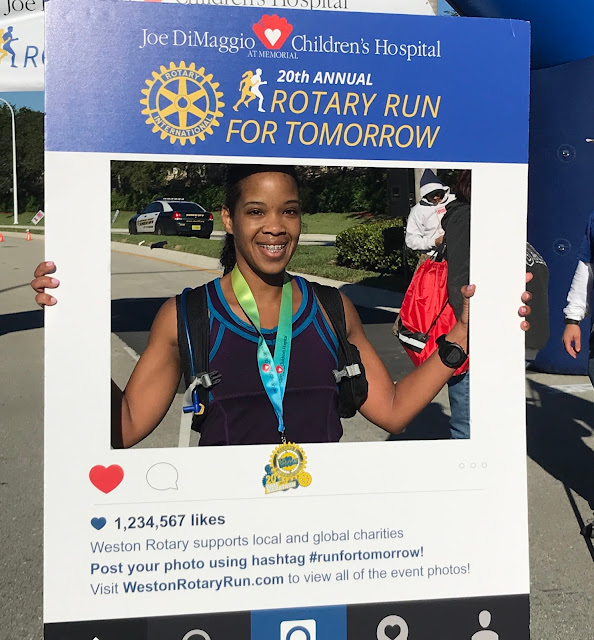 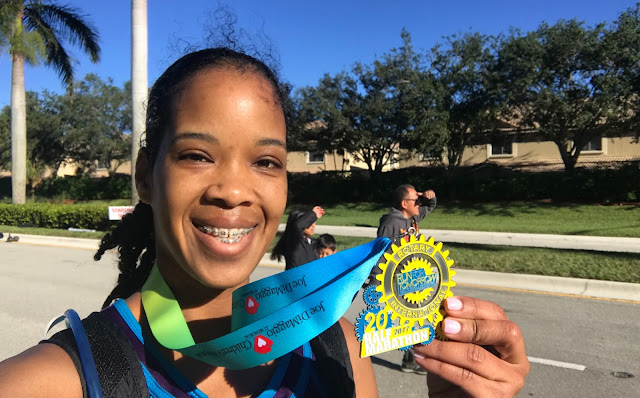 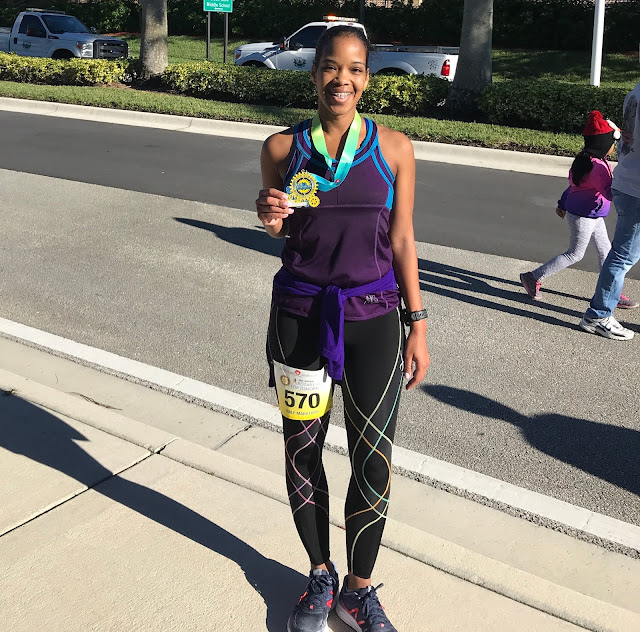 ... and then headed back home to change out of my cold and wet running gear.

So here's the thing about using races as training runs... you get a lot of on course support (water stations and porta potties (if you need it) etc.) but you also need to stay focused on the fact that it's a training run. It's easy to submit to the temptation to race it as people pass you by, but that can be dangerous if you're not properly trained.

Although this was half marathon #22 for me, my legs (and lungs) are really not in tiptop half marathon shape right now. After Berlin I essentially started my training over and I've pushed it along by incorporating races into my schedule (which has proven to be the best way to keep me motivated for training). But even though I've been trying to push myself, and training has been ok so far, I'm still far from where I need to be pace & endurance-wise. I am really happy about my intervals today though. I'm working my way up to running 1 mile: walking 1 minute, and that will be my goal interval (with hopefully a consistent sub-12 min pace) for 2018.

I have a race next weekend to close out the year and then I will spend most of the holiday period cross training and keeping my baseline mileage up while I prepare for all that 2018 has in store for my running life.

How was your weekend? Any races?

Have you thought about your 2018 goals yet?

Do you use shorter races as training runs when preparing for longer distance events?
Posted by This is my faster! at 5:29 PM 2 comments:

Kicking Off My Pittsburgh Marathon Training...

Until then, I'm just going to focus on this week's runs and the fact that I was able to get through them all... 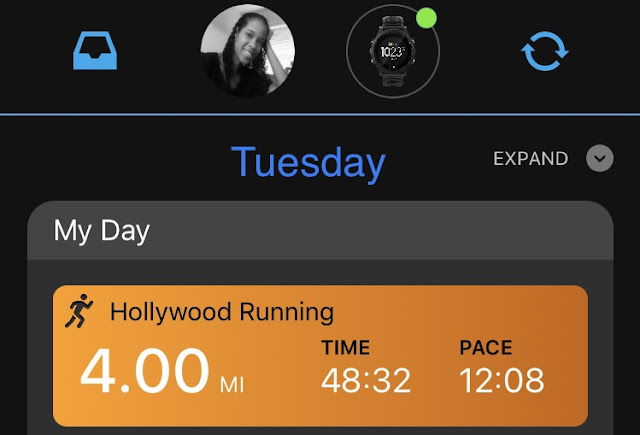 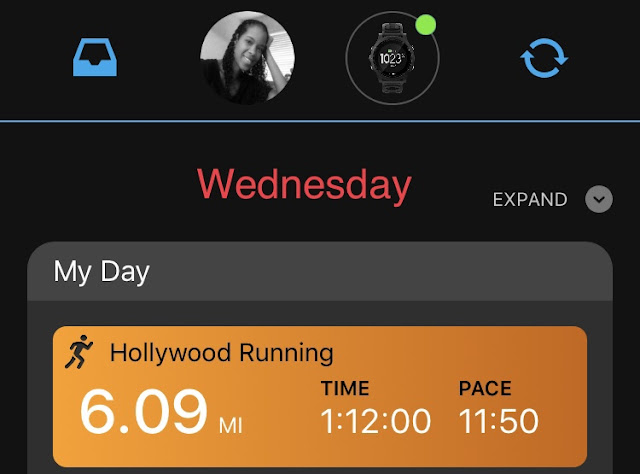 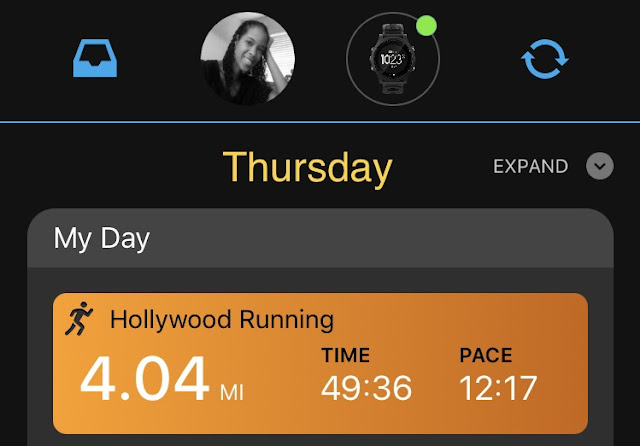 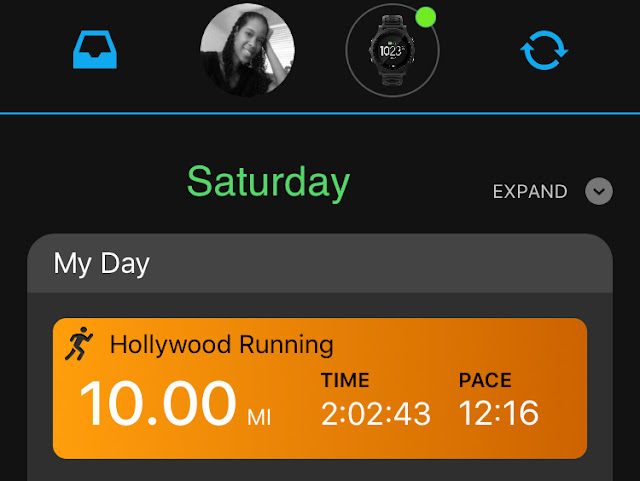 While I'm super excited about completing my runs and the start of my Pittsburgh Marathon training, nothing was more exciting than finding out I was selected to be an official blogger for the marathon!!! 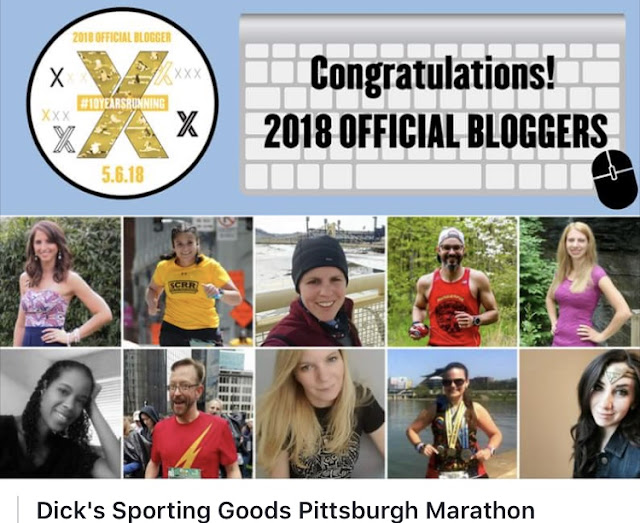 I'm honored to be a part of this esteemed group of bloggers and I'm really looking forward to blogging for the marathon. Pittsburgh happens to be in May (my birthday month) which makes it extra special for me. It will be a birthday present to myself and I plan to train hard for it so that when I cross the finish line I can cross it smiling (not crying like I did for Berlin & New York). Deep down I really want to PR in Pittsburgh (so that's goal A), but I'll also be happy with a sub-6 hour marathon finish time (since both NY and Berlin were over 6 hours and I really don't want that to be a trend)... 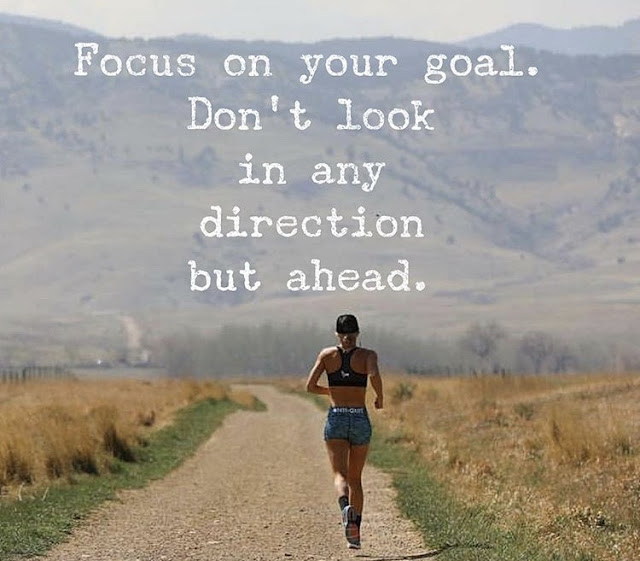 What's next on your race calendar?

How is training going?

What exciting things are you doing this weekend?
Posted by This is my faster! at 12:26 PM No comments: