I was finally able to conquer my 16 mile training run this morning!!! I'm excited (can you tell?) because this was my third attempt at doing this distance. The first time I was only able to complete 11.5 miles. The second time I had to split my long run into a 10K & 10mile run between Saturday and Sunday (respectively). But today I DID IT!!!!!! 16 miles done and, although my entire body hurts and my feet hate me, I am really proud of myself...

I started the run early this morning because I wanted to avoid running in the sun as much as possible. And I was also trying to avoid as much humidity as possible...

The challenge with starting really early is safety. As a female runner (who is also afraid of the dark...and yes that is still possible...and no I don't go to therapy for that) safety is a big priority for me. I have different apps that I can use to alert family if I don't return home by a certain time, but I've watched enough crime shows to know that my body would already be chopped up and dumped somewhere by then.


***I remember talking with one of my friends about the risk of being abducted on an early morning run and was told "your kidnappers would probably return you once you started giving them attitude and rolling your eyes". To which I replied "I'm nice enough that kidnappers would keep me!"...sigh, that's really not a point I should be making right?***

Anyway, back to the whole safety thing... This morning Damian drove behind me until there was enough light outside and then he parked his car while I ran loops to complete my mileage. I don't think I would've been able to get through the entire 16 miles had it not been for the early start with headlights guiding my path, and the added benefit of security and a "mobile water station". It's not easy to get family or friends to volunteer for that because I run painfully slow, which means they have to drive painfully slow behind me.

But at the end of the day I was able to get the 16 miles completed and my splits weren't too terrible... 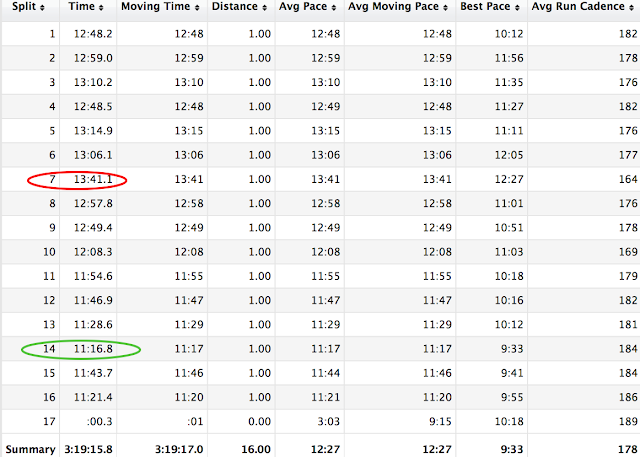 During my run I listened to podcasts from the Marathon Training Academy... 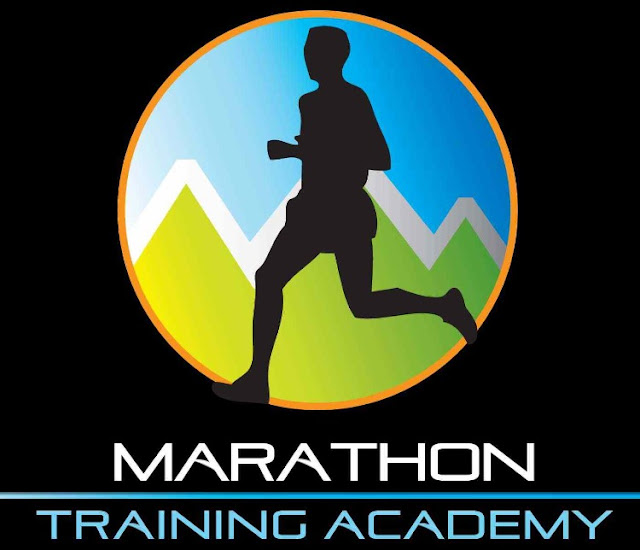 They did a really good 2014 Chicago Marathon race recap so if you are running Chicago for the first time this year you should really check out that podcast. I also listened to the ones that focused on taking care of your feet and tips for slower runners.

Once I was done with my running I sat in an ice bath for a bit {which is a horrible experience that I was told does not get any better}; took a cold shower {which just naturally sucks for me because my normal shower water temperature is anywhere between "scalding" and "likely to cause a first degree burn"}; and implemented all the components of R.I.C.E {Rest, Ice, Compression, Elevation}.

I'm on cloud 9 now and will probably stay there for the rest of the day. It's an amazing feeling when you're able to conquer a goal; especially one that has been dauntingly undefeatable for weeks!

What do you do for recovery during the first 24-48 hours after a very long training run?

What do you do to celebrate a training/running/racing accomplishment?

Any tips/lessons learned from marathon training?
Posted by This is my faster! at 11:00 AM