I think I need a daily wake up call. Over the past several weeks my evening runs have been going well, but I really think I need to get back to consistently running in the morning. That way, if I have a long day (like today) or if I have a lot of stuff to do after work then at least I would've already completed my run.

Mentally, I think it's a great plan. And every night when I set my alarm for the following morning I have the best intentions. The problem occurs when the alarm goes off and I convince myself that I would rather dream about running early in the morning (not actually run early in the morning).

.
Dear "LeAnne in the morning",
It's time to wake up. Because if you snooze your alarm one more time then you won't get your morning run completed. Plus, you need to burn off the extra 5 pounds you've gained since you discovered that Publix was having a sale on Cashew Milk ice cream. You'll thank me for this later.

Right now my alarm is set for 3:20am (with a back up alarm for 3:21am and 3:25am) so that I get up for my group run tomorrow morning. I've done that a few times over the past few weeks but cancelled every time because I've been so tired. I do not want to cancel tomorrow.

After my run tomorrow morning I'll have another long day at work. I'll also be one day closer to the weekend and my triathlon relay. I still haven't done any swimming by-the-way 😔. I'm waiting for my new suit to arrive (which will hopefully get here tomorrow) which means I'll probably only be able to get two training swims in before the event on Sunday. Thankfully the other members of my relay team aren't super competitive. I think we all have the same goal: finish without dying or getting injured but before the cut off time to collect our medals.

Today's run was a little later than I had planned but I got my mile done and my pace was ok... 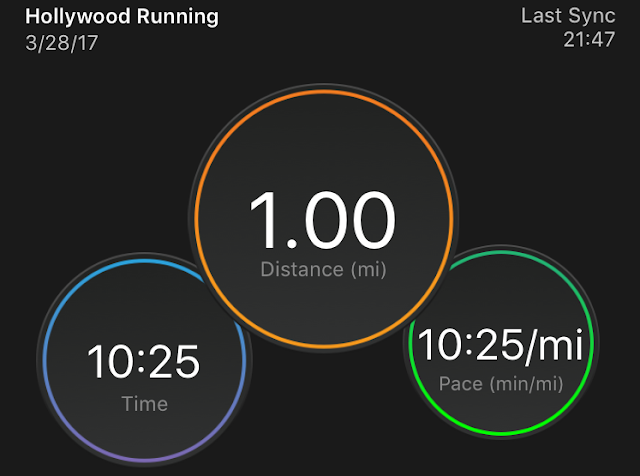 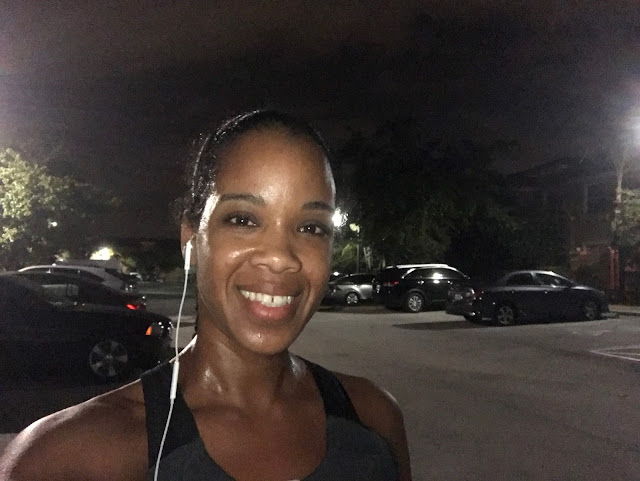 And tomorrow morning's run (the one I'm not going to cancel) will probably be a 3 mile interval run 😊.

Did you do a morning or evening run today?

What time of day do you prefer to run?

Do you need wake up calls in the morning?
Posted by This is my faster! at 9:37 PM