A Peek Into My StrideBox...

Summer is here!!! Well at least it seems that way based on the ridiculous humidity levels and outrageous B+ and A- temperatures we've been having! And because Florida gets so hot there are not many long distance race options to look forward to for the next few months (no one wants to run a half or full in 90 degree weather!) 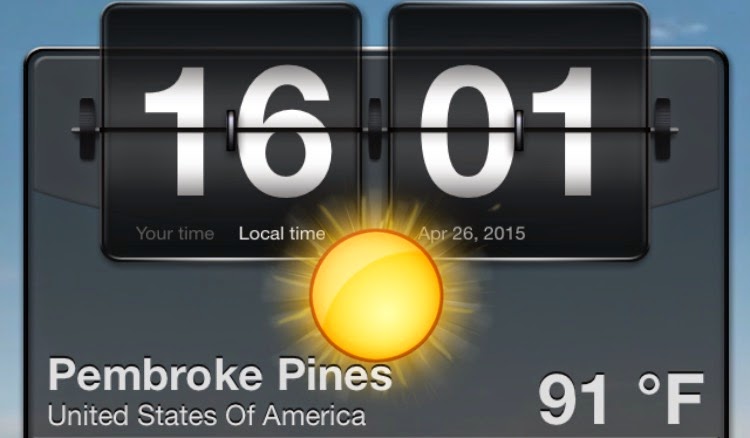 Instead the race circuit is permeated with 5Ks and 10Ks, otherwise known as the "sprints" of long distance/endurance running (ok I may have totally made that up or read that somewhere; but it makes sense right?). I love the 5K and 10K distances as training runs, but not necessarily for races. I know the reason for that is entirely superficial (so you don't need to point that out). Mainly it's because the medals for the shorter events are not as nice as the medals for the longer distance races. There are a few exceptions of course, but generally speaking a half marathon medal is usually nicer than a 5K or 10K medal. I race for the bling as much as I race for the experience so medals are pretty high up there on the priority list.

So when people tell me about races that don't have medals I usually say...

But tomorrow I'm running a "non-medal" 5K event. It's for a good cause but, in the spirit of full disclosure, I'm totally going to take advantage of the course being open until 11am so that I can get my mileage in. That's not completely selfish right? I mean, I'm still running for the cause.... I'm just running it 3 times.

With my 5K (which will turn into 10 miles) tomorrow I decided to spend some time going through the StrideBox I got the other day. It's been a busy week so I haven't really had the time to look at each of the items in great detail. But today I decided not to put it off any longer in case I found a few useful things in there.

First let me say that I'm kind of excited about getting these monthly boxes. The StrideBox is designed for runners and each box contains samples of a variety of different running specific items. I'm hoping I will find them useful as the months go by, but if not I'll just stop the subscription (which they allow you to do hassle free).

The April box has a wide variety of fueling options for your runs. One of the things I absolutely love is the "cheat sheet" they give you so you know which item is designed to be used before and/or during your run. And which items should be used after... 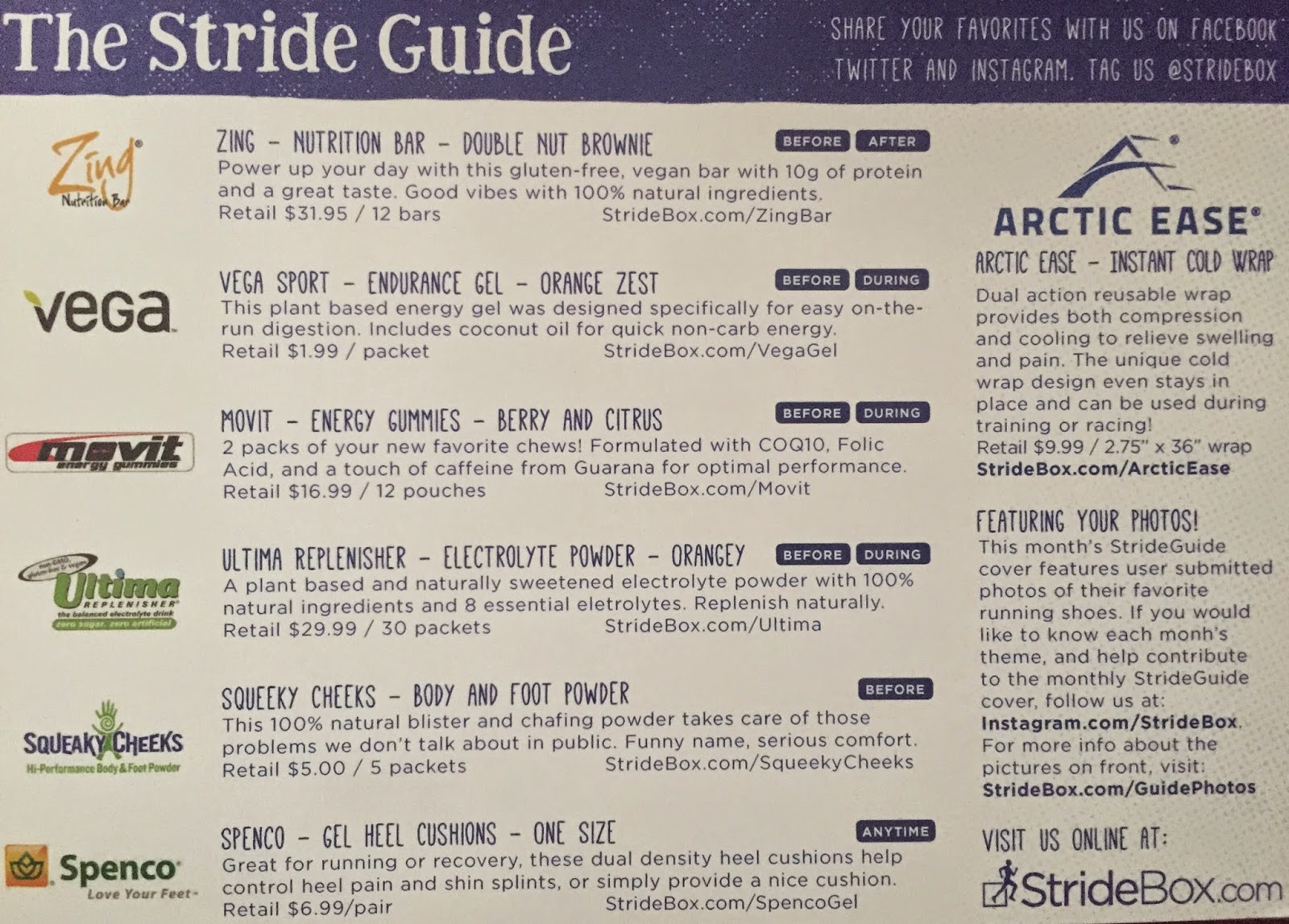 I'm not big on a whole lot of experimentation with fuel options because I try to avoid any potentially "tummy trouble" stimulating items. But I also recognize that I need to pay closer attention to how I fuel as my mileage starts increasing beyond the half marathon training distances. My goal for Chicago is to be so prepared that I can run the race and not be completely destroyed after. It's a lofty goal, but "go big or go home" right?

Because of the variety of fuel samples I'm going to try one type at a time over the next several training runs to see how my body responds to them. I don't normally fuel for the shorter mid-week runs but I'm going to start just so I can test these options out... 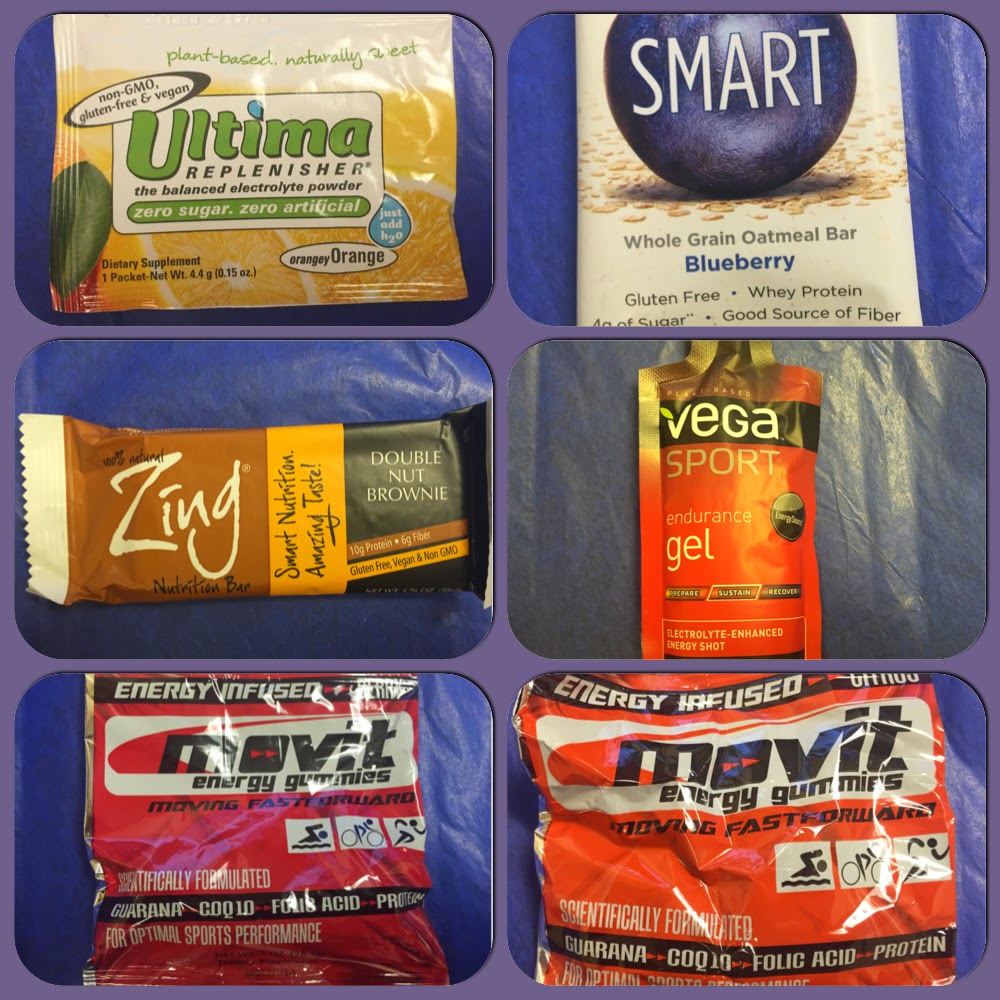 The other cool stuff in the StrideBox this month included a foot powder to prevent blisters... 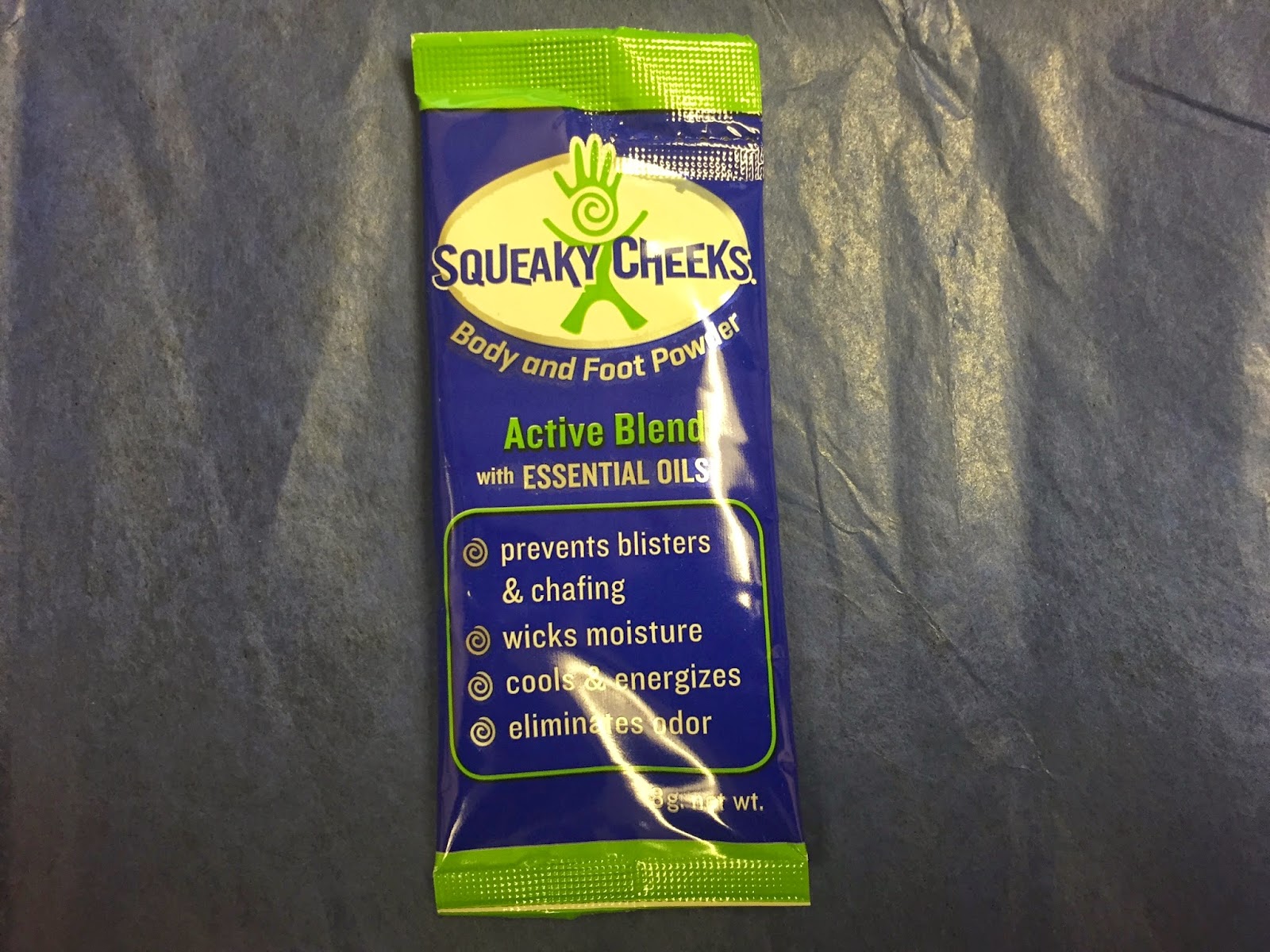 This is one that I will definitely try, although I know so many people that swear by simply applying Vaseline (which I have also found to be beneficial). But in the event that this works a little better than Vaseline I will give it a try. Unfortunately the Summer heat and humidity have resulted in my blisters coming back. I want to make sure I'm doing as much as I can to prevent them because running in the Summer is hard enough; running in the Summer with blisters is beyond painful!

The box also had these cool moist towels that I put in my fridge (so they will really be cool when I need them after my run tomorrow)... 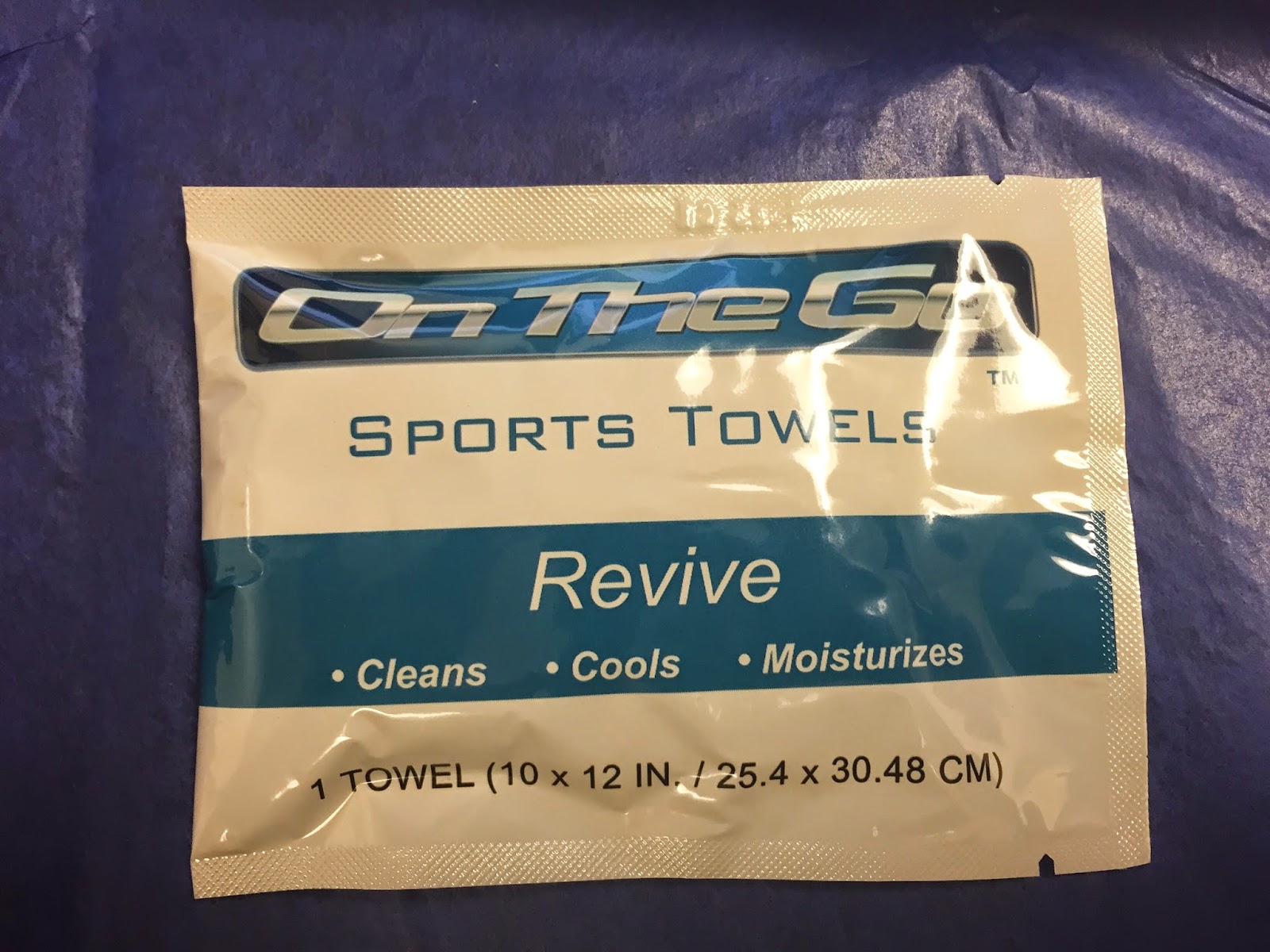 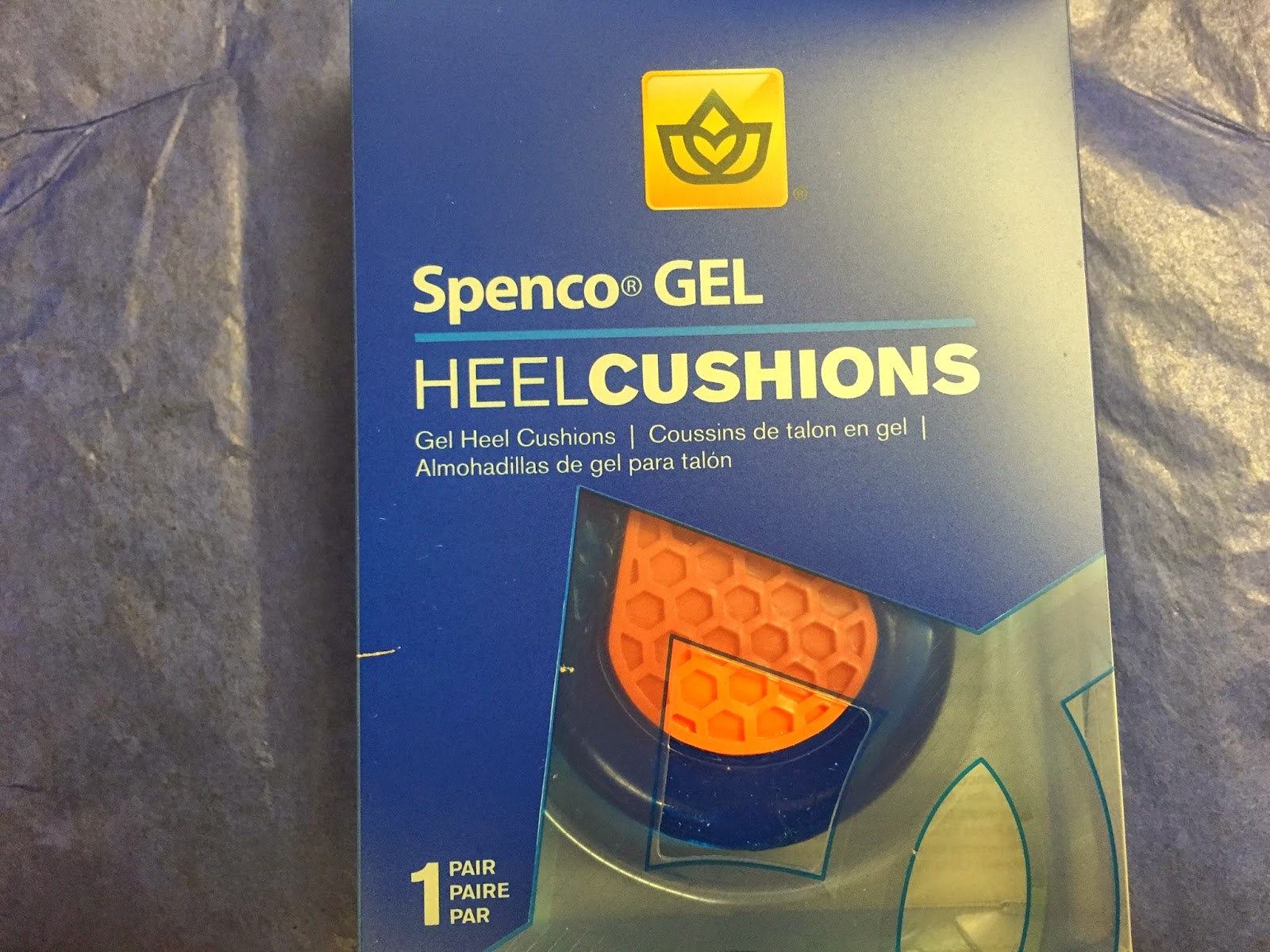 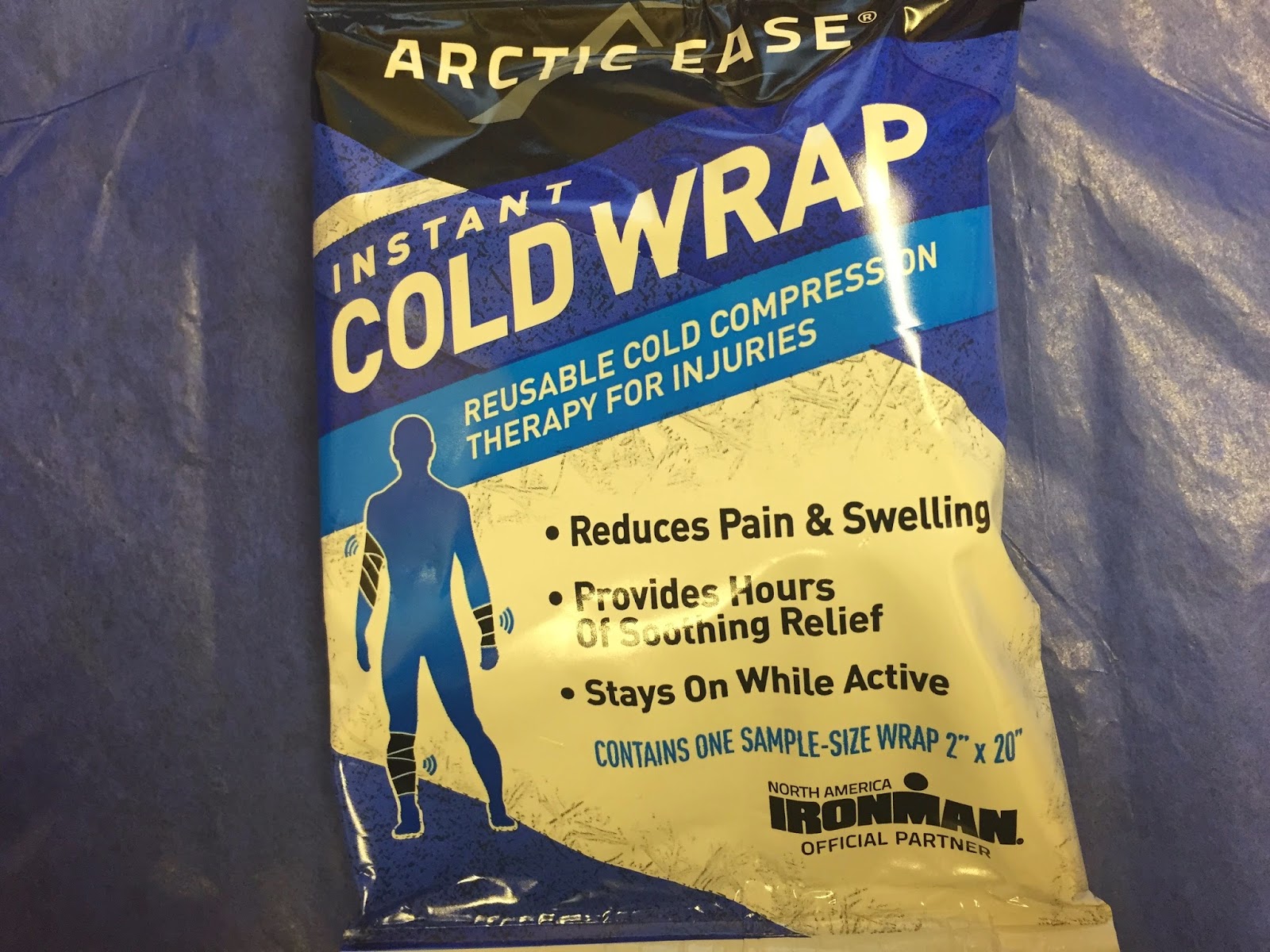 Which, depending on how my ankle feels after tomorrow's run, may come in very handy.

I've been monitoring my ankles, specifically my left one, and trying a variety of things to minimize the soreness that's been lingering since I started transitioning to a mid-foot (and occasional forefoot) strike. Today I tried a new sleeve because I want to wear it during my long run tomorrow... 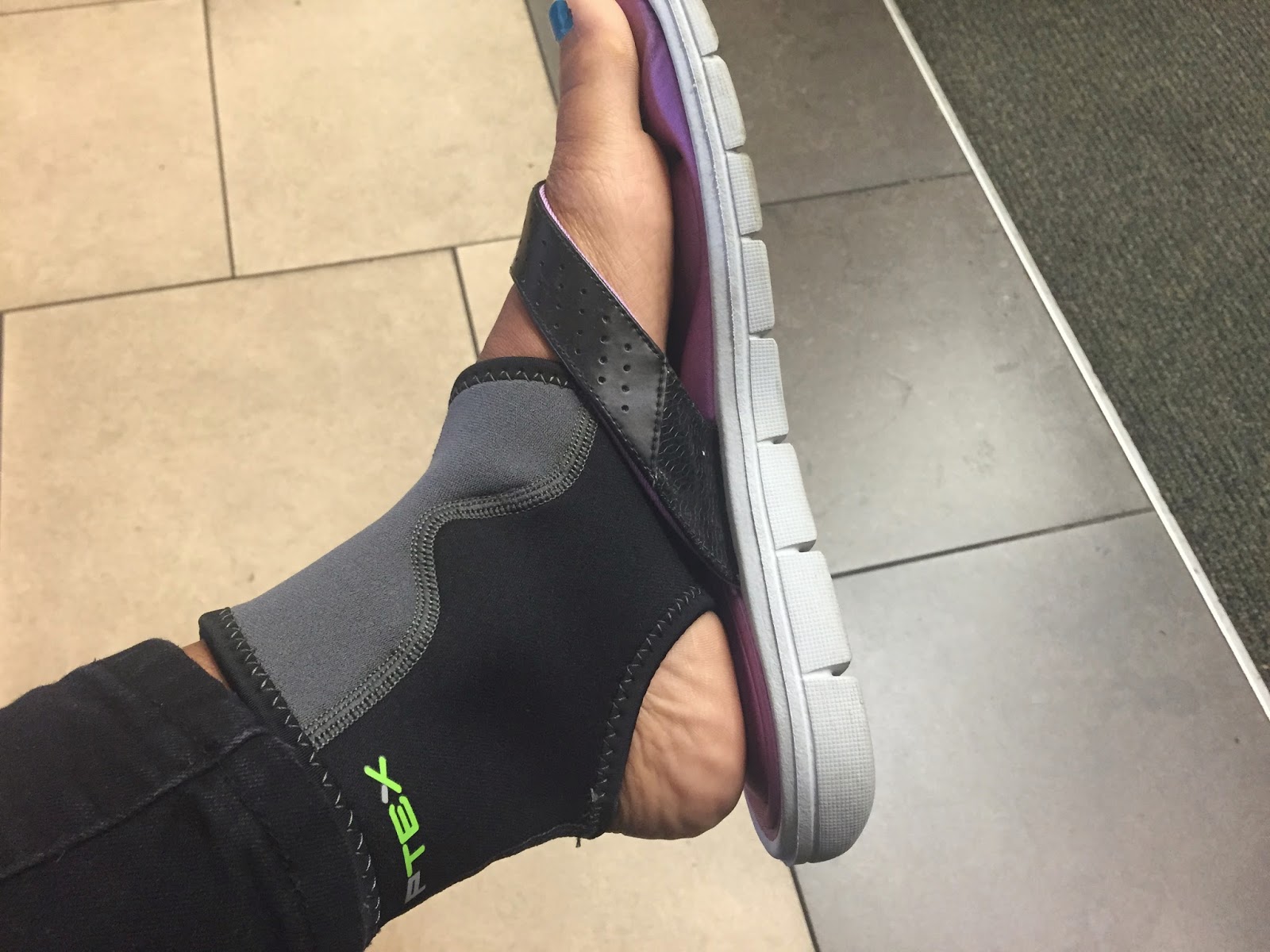 So far it feels "ok" but not enough to wear by itself since I can still feel a little soreness on the lateral aspect of my ankle. So in addition to the sleeve I'm also going to use KT Tape. Hopefully the combination of the two will result in the desired effect.

Do you get any monthly subscription boxes?

What's your favorite pre, during, and post race fuel?

What's your favorite race distance?
Posted by This is my faster! at 5:00 PM