So yesterday morning, in a moment of brilliance, I clicked the "run" icon on my Garmin instead of the "swim" icon, as I dove into the pool. And by "dove" I mean gingerly lowered my body into the frigid pool water. And by "frigid" I really mean lukewarm (but for me if it's not HOT water then it's cold water). I didn't realize my mistake until 0.23 miles into the swim when I looked at the watch and discovered the distance was being tracked in miles and not meters.

I decided not to adjust it because I was worried I would lose the data for the distance I had already completed (although in hindsight I really could have just saved it and started a new session). Anyway, at the end of the 1.5 mile swim (yes one and a half miles; and yes it took forever) I eventually saved the session. When I got home I spent several minutes trying to convert the session from running to swimming, and the distance from miles to meters, on the Garmin Connect website. It worked for the former but not for the latter so my OCD went into overdrive... 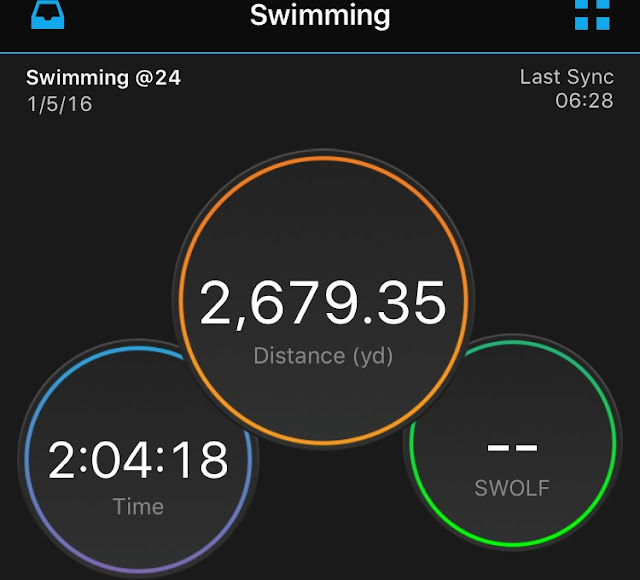 (See?! Nothing is rounded!)


Swimming left me exhausted for the rest of the day and last night I slept for 10.5 hours... 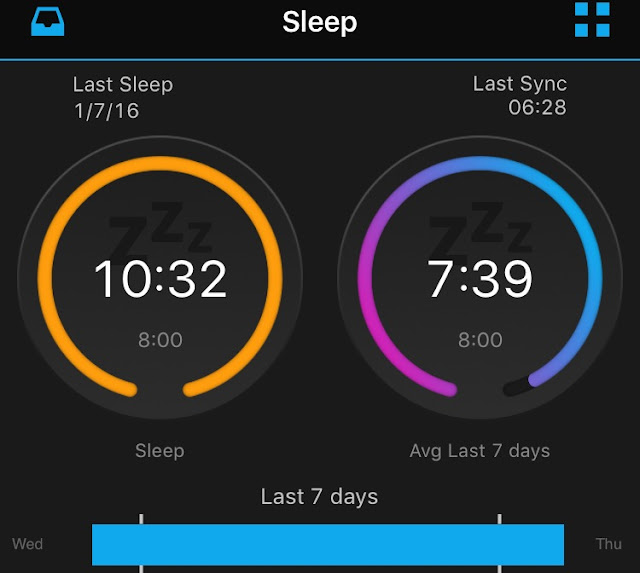 Clearly I needed to rest because in addition to being tired from swimming I've also had less than ideal sleep the previous two nights... 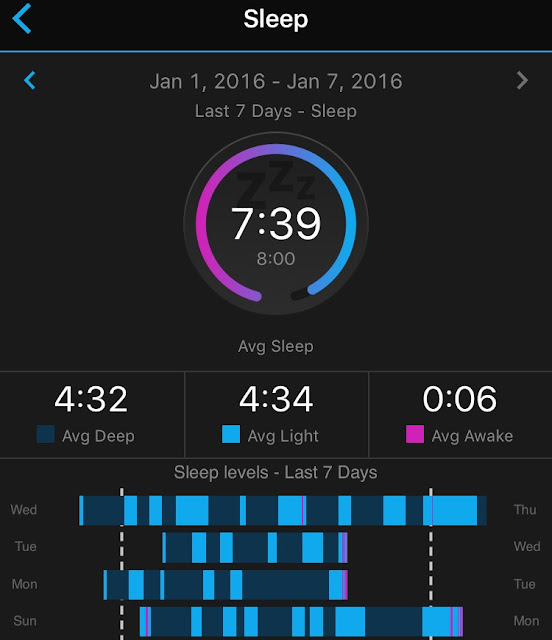 The 10.5 hours of sleep necessitated a change in the training plan for today so I skipped the gym this morning and decided to focus on core stuff, yoga, and stretching when I got home.

I'm still trying to come up with a comprehensive routine that will work for my training this year. Something that strengthens my weak areas (core strength, flexibility, speed) and builds on my stronger areas (endurance). I've thought about hiring a running coach/personal trainer to get me started on the right path, but coaches and trainers cost money and that's just not in the budget right now. So in the interim I'm doing some research more research about different things I can do on my own.

To build core strength I know I need to focus on strengthening my deep abdominal muscles. One of the typical exercises for that is the plank. Well...I can't plank. Not for very long at least (think 20 seconds max) and after 2 sets of 20s planks I'm pretty much done. It's not my core that hurts when I plank though, it's my shoulders...which basically means I'm probably doing it wrong.

Another exercise I heard about is the V-up. I didn't know what that was before my research so just in case you don't either, this is what the V-up looks like... 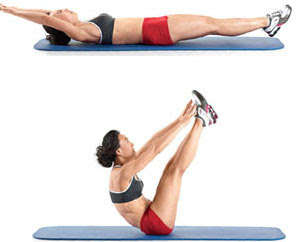 source
(I also can't do this one very well...and by that I mean not at all)

So planks HURT and the V-up is HARD, but I'm determined to do one of them. Since my shoulders already get a workout with swimming I'm going to attempt the V-up every day. My goal is to be able to do a successful one (with proper form) by this weekend. I know it sounds simple enough but I really have a very weak core. Like, surprisingly weak. But if I can master the form and complete one by this weekend then I will try and increase the number I complete each week, with a goal of being able to do 10 by the end of the month. I know it's not a lofty goal, but it's attainable (hopefully). And once I start to get stronger then I can try crazy things like doing a V-up challenge ;)

Another thing that I want to do, but can't do yet, is the box jump... 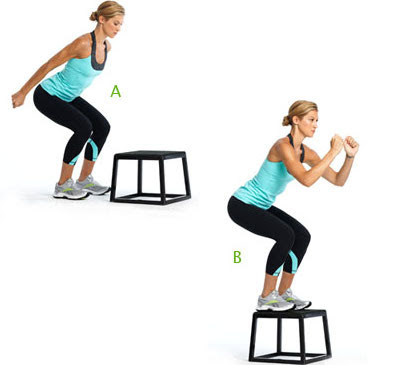 source
I attempted to do this today at home...on the stairs, and nearly fell...down the stairs (I'm pretty sure that's not the right direction). My attempts at the box jump started to scare Kai so she said "Mommy maybe you should work on balance first" (thanks Kai). So I'm a little frustrated because I have a long way to go, but I'm not giving up. By the end of the month I want to be able to do the box jump. I'm not sure if you're supposed to focus on increasing the height or increasing the number of times you can do it, but since I can't even do one (at a 12 inch height) my goal is to get to 10 by the end of the month. I'm going to start at 12 inches and slowly work my way up after I can do 10 jumps.

I'm supposed to swim again tomorrow and run either Saturday or Sunday. The weather has been cooling down but it's also pretty rainy so I'm watching the forecast to see what day will be a better running day. Regardless of the day, I'm going back to square one for my running intervals (run 1 minute: walk 30 seconds). That interval ratio got me through the Chicago marathon safely so I'm hoping it will do the same for the Miami and Ft. Lauderdale half marathons.

Miami is 2.5 weeks away! I'm in an emotional paradox about the event because I'm both excited and disappointed. It's not going to be the event I trained for or hoped for, but I'm still looking forward to everything that it will offer, even if that's not everything that I want. But, even though I won't be doing the full, I have a lot of friends who are doing it and I'm so excited for them! For a few of my friends it will be their first full marathon, and (outside of Chicago) I can't think of a more epic event to debut as a full marathoner and claim the #MiamiFamous title :)

Are you running the Miami Half or Full Marathon? (if you are let me know so I can cheer for you too!)

Can you box jump? How high?

How many hours of sleep do you get each night?
Posted by This is my faster! at 8:06 PM