The #1 sign of personal growth: not snoozing your alarm in the morning.
I'm actually very "grown up" on my running days because I hardly ever snooze my alarm on those mornings... but that's not to say that I haven't been tempted in the past.

On the training schedule for today was a 5K run, non-stop (to build up endurance), and at a steady but decent pace (to help me focus on my speed).
DONE... 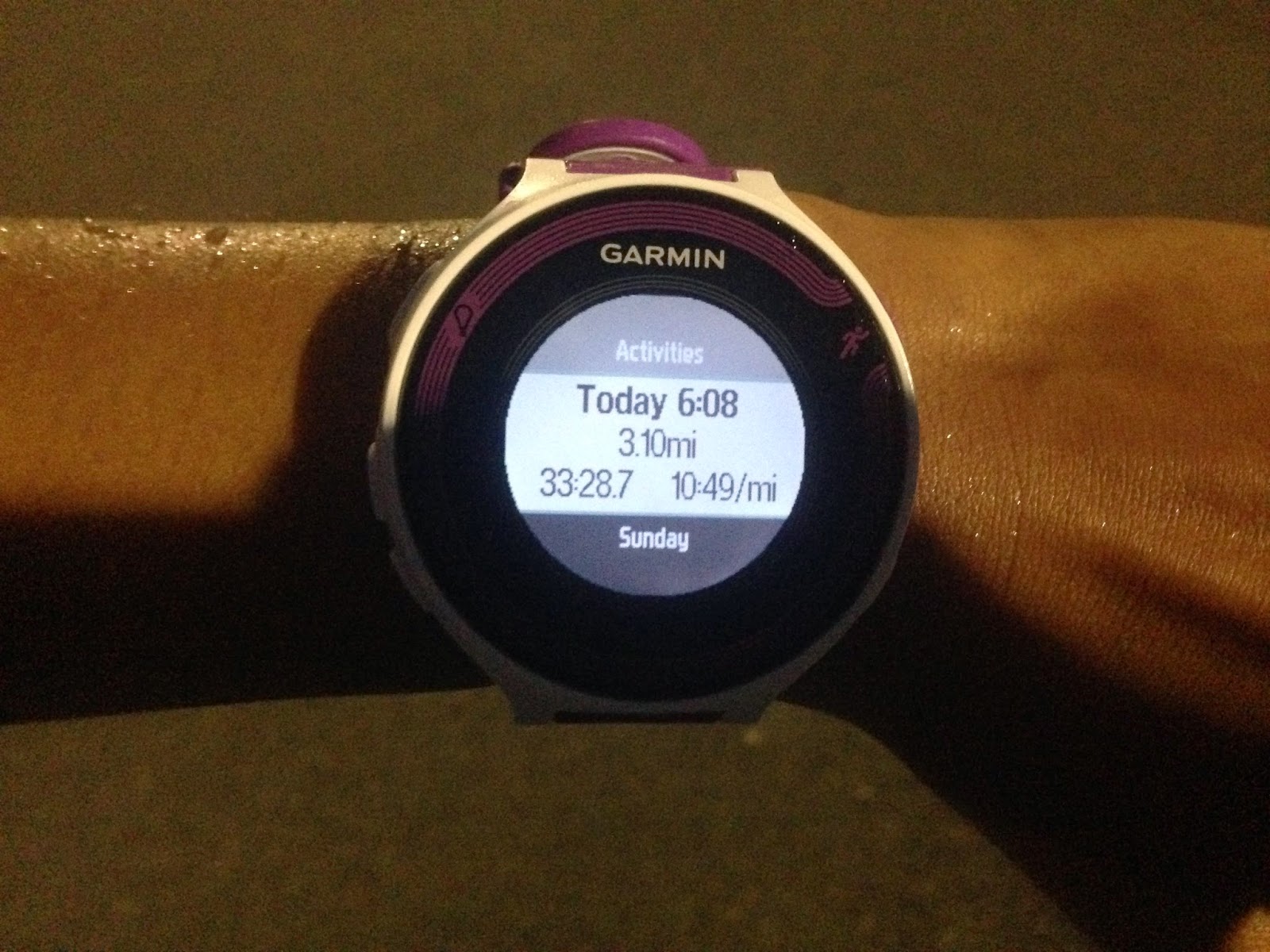 I've heard that I should aim for a cadence in the 180-200 range. I didn't track that before when I used the Runtastic app (I'm not even sure if it allows for cadence tracking actually), but once or twice I used a metronome app and I found it to be helpful at letting me know how quickly my foot turnover should be. I discovered today that Garmin tracks your cadence automatically for you and I'm getting closer & closer to that goal range...

The picture (below) doesn't do it justice but there was a lot of moisture in the air this morning and the skies were nice and red (warning signs of lots of rain to come)... 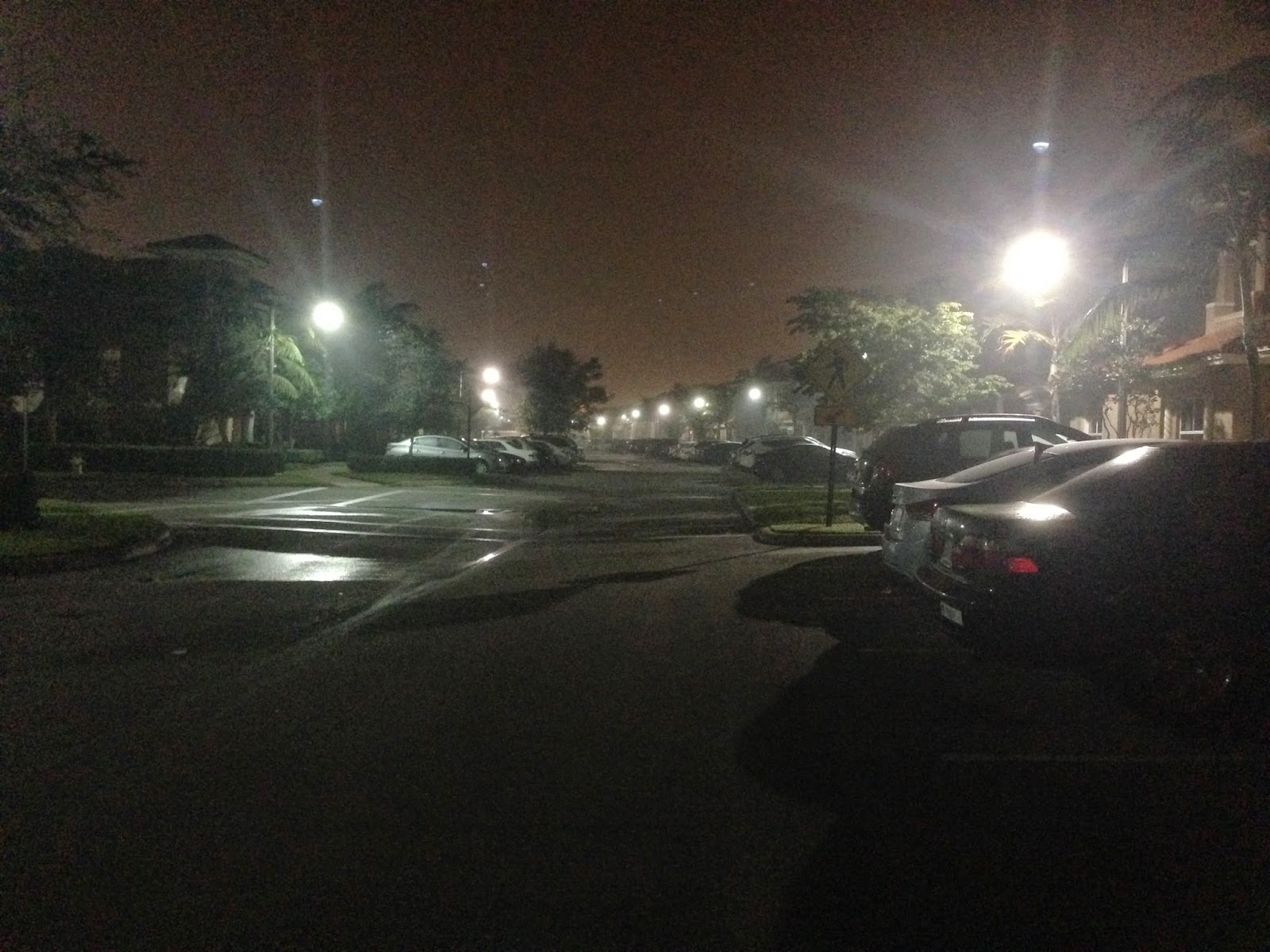 It felt like running with the skies gently spraying a cool mist of water on me...very refreshing 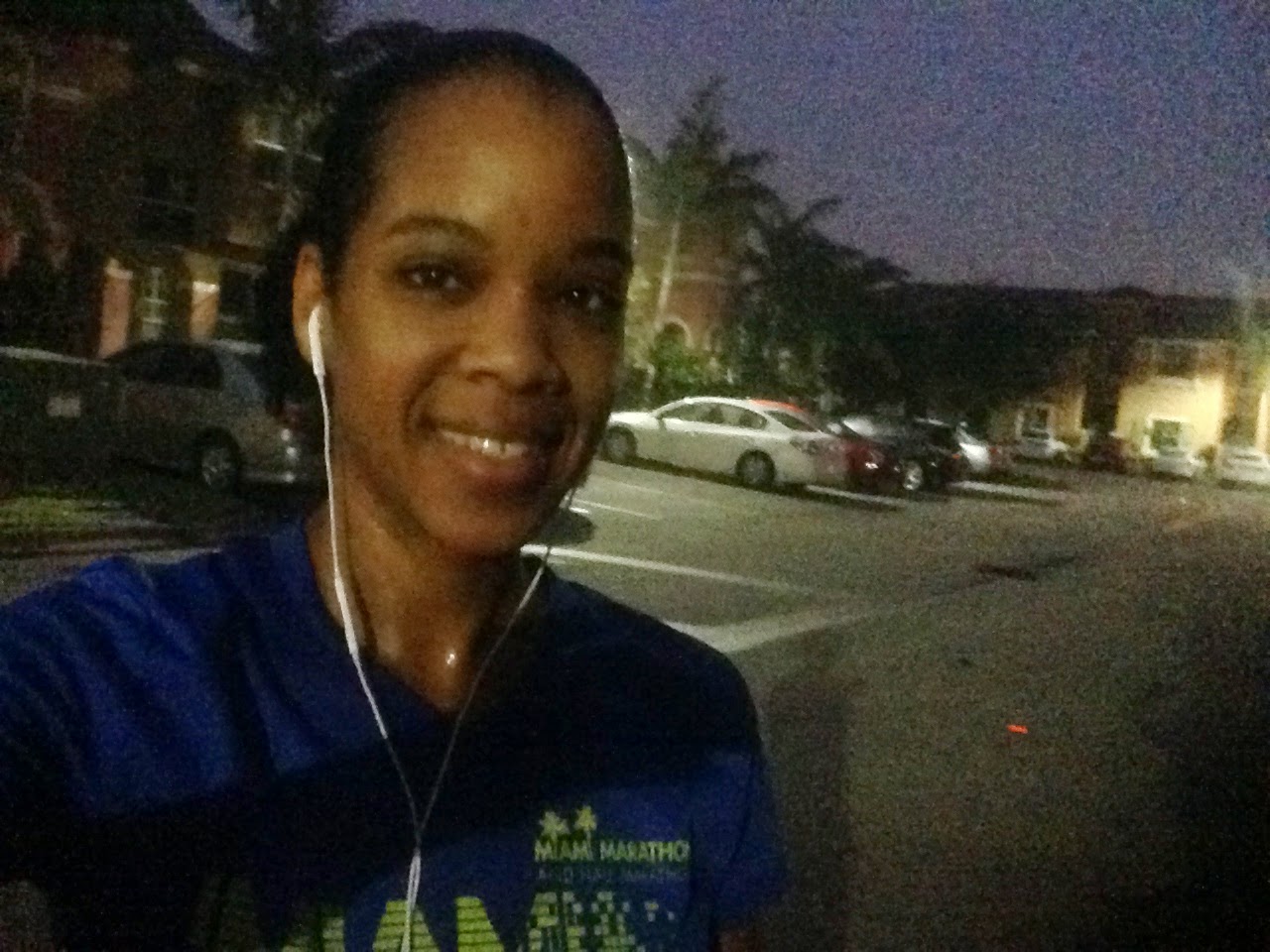 Running a 5K non-stop is not something that I do often. It's probably not a big deal for most runners who aren't believers of the Galloway run:walk interval philosophy, but it's a big deal for me... especially since I don't recall being able to do it (or do it often) since my injury early last year.

I had previously thought about making "run a sub-30 minute (non-stop) 5K" one of my 2015 goals, but now I think that I should actually aim to being able to run both a sub-30 minute 5K & sub-60 minute 10K non-stop by the end of this training year.

Segment 3: Recovery & Maintenance mode which includes preparing for the Reggae Half Marathon in Negril, Jamaica (my last race of the year) and keeping my body conditioned to start the 2016 marathon training season (Nov-Dec)

There are one or two 5Ks or 10Ks that might get added so that I can run some events with Kai this year. The main one will be the MCH 5K in September.

I wanted to run again today, but I knew that wouldn't be the best idea for my knee, so I did yoga instead. I attempted to meditate...  to "be centered"... to balance... to calm my heart... But some days no amount of yoga gets that done.

How is your running going this week?
What is your average running cadence?
Posted by This is my faster! at 7:53 PM